England have the upper hand over hosts South Africa to win the second Test at Newlands and take a 2-0 lead in the four-match series.

Johannesburg: England have the upper hand over hosts South Africa to win the second Test at Newlands and take a 2-0 lead in the four-match series, according to bookmakers. Sportingbet, the leading South African bookmakers, has backed England as 11/8 favourites for the Test, while South Africa at 33/20, Sport24 reported. England gained a massive confidence after crushing South Africa in the opening Test in Durban by 241 runs. They will be boosted by the news that Dale Steyn has been ruled out of the upcoming match after failing to recover from the shoulder injury sustained during the first Test. LIVE CRICKET SCORECARD: South Africa vs England, 2nd Test at Cape Town

South Africa face England in the second Test of theBasil D’Oliveira Trophy 2015-16 at Cape Town on Saturday. It is the second game of the four-match Test series, with this also being the first Test of 2016. The visitors lead the series 1-0 after a superb 241 run- victory in the first Test at Durban. That game exposed the dejected state of the hosts in longer-format of the game ever since the Indian tour. The failure of big names like Hashim Amla, Faf du Plessis, JP Duminy and injury to Dale Steyn hampered South Africa’s chance of revival. England on the other hand, will feel content with new players coming into their own in the hardest-arena for a cricketer to perform. Graeme Smith to be South Africa’s adviser during Test series against England

Come the 2nd of January both South Africa and England will again lock horns in an attempt to reigns bragging rights heading into the second Test at Cape Town. Hoping this New Year brings great cricketing illustrations between the world No. 1 ranked Test side and a top the contender to dethrone them. Nick Compton’s form in South Africa vs England 2015-16 series impresses Trevor Bayliss 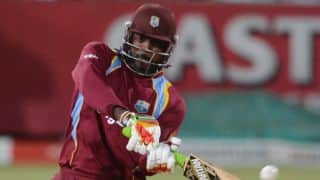