England hopeful of David Willey's participation in T20Is vs India

England hopeful of David Willey's participation in T20Is vs India

Willey stayed back in Kolkata for scans while the rest of England moved to Kanpur to prepare for the forthcoming T20I series vs India, starting Thursday.

New Delhi: England are keeping their fingers crossed on injured left-arm pacer David Willey‘s participation in the three-match T20 International cricket series against India after scans did not reveal significant damage to his left shoulder. The 26-year-old Willey could bowl only two overs before injuring his shoulder during their five-run win in Sunday’s third and final One-day International (ODI) against the hosts at the Eden Gardens in Kolkata. “A scan didn’t show up significant damage to his left shoulder. He could still feature in the T20I series,” England Cricket posted on Twitter. According to sources, Willey stayed back in Kolkata for scans while the rest of the side moved to Kanpur to prepare for the forthcoming T20I series, starting Thursday. In case Willey is ruled out, England have back up options in the pace bowling department with the addition of Tymal Mills and Chris Jordan for the three matches.

Earlier, it was reported that Willey is expected to join the national side despite suffering an injury during the NatWest T20 Blast semi-final on Saturday. Initially, his left hand looked seriously injured but as per the latest reports he could well take part for the ODI series against Pakistan. Willey suffered an injury when a powerful drive from Mark Stoneman hit his hand. FULL CRICKET SCORECARD: India vs England, 1st T20I at Kanpur

Willey played the whole game but later after X-ray scans, he was ruled out for the ODI series against Pakistan. However, the reports said that Willey has fortunately not suffered any fractures and were just a bruise. He will join the English side after their first encounter on Wednesday. 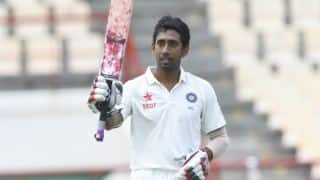 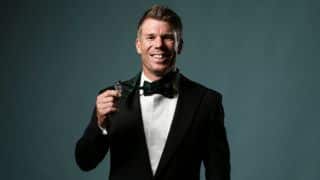