London: England gave themselves hope of retaining the Women’s Ashes as Sarah Taylor‘s fifty saw them to a seven-wicket T20 International (T20I) win in the first T20I at Chelmsford on Wednesday. This was a match England had to win if they were to have any chance at all of squaring the series. They came into the clash 8-2 down in the multi-format series, with Australia having won the one-off Test and two of the three one-day internationals. England knew they needed to win all three Twenty20 matches to level the overall score at 8-8 and so retain the Ashes by virtue of holding them coming into the series. READ: Sarah Taylor becomes first women cricketer to be inducted into Legends Lane at Hove

They restricted Australia to 122 for eight before captain Charlotte Edwards and fellow senior batsman Taylor, who made exactly 50, then shared a key 77-run partnership before Nat Sciver and Katherine Brunt completed the job. “It was a perfect team performance and one which was achieved under a lot of pressure because we had to win,” said Edwards after England ended world Twenty20 champions Australia’s 16-match unbeaten run in the format.

“We needed our top players to come to the party and they did so by proving their character and turning in a display like this. I’m extremely proud of the way Sarah Taylor played. It was a great effort on her part. Our fielding too was very good but we know the Aussies will come at us hard in our next match at Hove on Friday,” she added.

Disappointed Australia captain Meg Lanning said: “We were never able to get the momentum needed. We lost wickets at regular intervals and at the end of the day, I have to admit that we were short in all departments compared with England.” 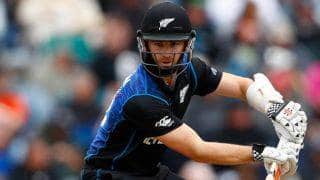 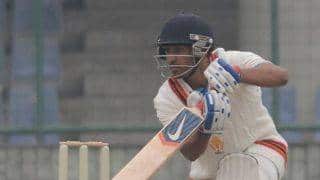 Poll: Should Karun Nair play in 3rd Test against Sri Lanka at Colombo?