English cricket took a step closer to the launch of a T20 tournament on Monday after the England and Wales Cricket Board set in motion the process for a rule change that will pave the way for a city-based event. ECB officials, having seen the success of the Indian Premier League (IPL) and especially Australia’s city-based Big Bash (BBL) T20 tournaments, believe they need something similar to help them reach family audiences and encourage children to become cricket fans. However, the proposal has proved hugely controversial as, if enacted, it will mean that for the first time there is a major domestic cricket tournament in England that does not feature all 18 first-class counties. Kevin Pietersen rejoins Surrey for Natwest T20 Blast

At present, the ECB’s rules state all those clubs must be involved in its competitions — the first-class County Championship, the 50-over One-Day Cup and the T20 Blast. But ECB chairman Colin Graves will formally ask his board on Tuesday to trigger a change in those regulations in a bid to initiate the process for creating the new tournament. The IPL and the Big Bash are the only senior domestic T20 events in India and Australia respectively but the ECB plans to keep the Blast going alongside its new tournament, which it hopes to launch in 2020.

Monday saw the ECB present what it says was a “detailed overview” of its plans to its 41 members, which include the first-class counties, MCC and recreational boards. It looks as if the ECB will get the 31 votes they require, not least because all the first-class counties will be guaranteed 1.3 million ($1.6 million, 1.5 million euros) annually for five years if the tournament comes into being. “This is about growth and securing our future,” said ECB chief executive Tom Harrison on Monday. “As guardians of the game, it is the responsibility of all of us to steer cricket to a strong future and to pass it on in even better shape. A new T20 competition can be the most globally relevant, fresh and dynamic tournament in world cricket, built for here but highly valued all around the world.”

Although the identities of the eight teams in the new event have yet to be revealed, it is expected that their would be two in London, two in the north of England, two in the Midlands and one each in the west, including Wales, and the south. That way the eight current Test grounds in Britain — Lord’s, The Oval (London), Headingley, Old Trafford (north), Edgbaston, Trent Bridge (Midlands), Cardiff (west) and Southampton (south) — could host a side in a tournament where none of the teams will have any formal link to an existing county. But there are those who point to the example of Welsh rugby union, where the four regional clubs created since the sport went professional have struggled to attract a loyal following, as evidence that British sports fans won’t support ‘artificial’ teams. Proposed new T20 competition in ENG likely to dilute quality of domestic 50-over cricket: Dary Mitchell

The ECB said the event, which some fear could lead to a downgrading of the increasingly popular Blast, would see each of the sides involved have a 15-man squad featuring three overseas players, selected by a draft as happens in the IPL. They would compete in a 36-game tournament played over a 38-day window with four home games per team. The 2005 Ashes was the last home Test series to be broadcast live on free-to-air television in Britain, since when such coverage has only been available on subscription channels.

This has led to accusations that the ECB has put raking in television rights cash ahead of the need to grow the game by denying all those who aren’t already cricket fans, or don’t have the means to pay, the chance to watch cricket on free-to-air television.”In an ideal world, I’d like to maximise revenue and reach,” said Harrison. “(But) we’re a pay TV business. We’re underwritten by pay TV.” 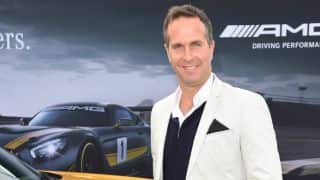