The conversation around #CWC19 generated over 31 million Tweets.

After six weeks of action-packed cricket, England (@englandcricket) emerged as the world champions after beating New Zealand (@BLACKCAPS) in a close game ending with a Super Over. Sunday s final was one of the most nail-biting games this Cricket World Cup has seen, with everything coming down to the last ball.

This #CWC19 season, cricket fans from all over the world came to Twitter to talk about winning moments, shocking upsets, classic catches, and let s not forget all the memes about the rain. The #CWC19 conversation generated 31 million Tweets from 20th May to 15th July. Comparing the hashtag #CWC19 to the last Cricket World Cup hashtag #CWC15, there was more than a 100% growth in Tweet volume containing the official hashtag.

This Cricket World Cup, fans across the world were able to catch the video highlight clips from each game on Twitter through official handles @ICC and @cricketworldcup. These handles also Tweeted unique videos, behind the scenes content and interviews with captains, which enabled fans to connect with players and experts. These two handles clocked a collective of more than 60 million video views, reaffirming the power of video on Twitter.

The Tweet by the captain of Team India Virat Kohli (@imVkohli) thanking the fans and his heart-warming gesture towards 87-year-old die-hard India fan Charulata Patel took all users on an endearing trip, making it the most Retweeted Tweet of #CWC19.

Highlights of the #CWC19 conversation

Most Tweeted about matches

With 2.9 million Tweets, the most-Tweeted about match was #INDvPAK, making it the biggest One Day International (ODI) match ever on Twitter! The second most-Tweeted was the final between #ENGvNZ followed by the first semi-final #INDvNZ.

Here s a look at the top five games with the highest Tweet volume.

With an upcoming Ashes series and lots of other exciting cricket being played across the world from India to the West Indies, cricket fans can expect to see a lot more action in their Twitter timelines. 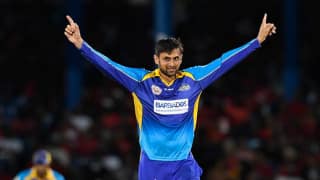