New Zealand captain Brendon McCullum has appealed England to continue with their transformation and making right moves, as they start their preparations for the tour of the United Arab Emirates (UAE) to take on Pakistan. McCullum has asked England to play two spinners in the UAE. The team that is coming off an impressive Ashes 2015 win will clash with Australia in a five-match One-Day International (ODI) series and a Twenty20 International, before heading to the UAE. England have been making giant strides ever since they were embarrassed in the ICC Cricket World Cup 2015 — they managed to hold New Zealand for a draw in a two-Test series and then emerged as winners in the Ashes 2015. ALSO READ: Ashes 2015: One-sided results stole the sheen

McCullum wrote in his column in the Daily Mail, “The fact is you have to do things differently in Asia. They will need two spinners against Pakistan, and the best way to achieve that is to turn Moeen Ali into an opener. He’ll enjoy the lack of bounce, and looks like a perfect horse for a course. In terms of the tour to South Africa that follows the UAE, you wouldn’t want Ali opening there, because the pitches are bouncier. Alex Hales may come into play.” ALSO READ: Ashes 2015: Flawed, but engrossing

England will be taking on Pakistan in a three-Test series, and their tour to the UAE also includes four ODIs and three T20Is. England will be looking for redemption as the last time they were trounced in the Test series, following which they made an impressive comeback in the limited-overs leg. ALSO READ: How England can fare in future post Ashes 2015 win

McCullum continued, “What’s really struck me is the change in attitude of English cricket. In the games I’ve played against them over the years, they’ve always been a stoical bunch, and hard to beat. But they could be pretty stuck in their ways.

“And I always felt that the mindset of county cricket permeated into the Test team: it was all about a group of individuals protecting their stats and careers, rather than buying into a team cause. Under the Trevor Bayliss-Alastair Cook ticket, we’re starting to see a side who have embraced a change of culture — and so are playing a much more attractive style of cricket. The guys are playing with a smile on their face, and they seem to have bought into a system where the team comes before the individual. It’s great for world cricket that England are finally playing in a manner which excites neutrals,” McCullum concluded. 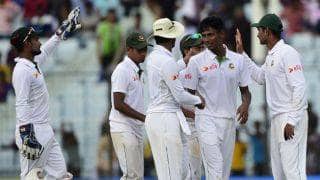 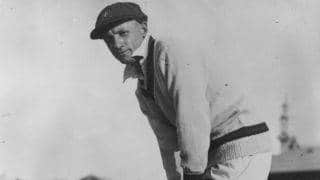