England have not played in Pakistan since 2005/06.

Wasim Akram has insisted England “owe” Pakistan for going ahead with their tour amid the coronavirus pandemic as he urged English officials to honour a planned returned visit in 2022. England have not played in Pakistan since 2005/06.

An attack by armed militants on Sri Lanka’s team bus in Lahore in 2009 ended major cricket tours for a decade.

But Sri Lanka, Zimbabwe, West Indies and Bangladesh have all since made the trip.

Pakistan are currently playing the second Test of a three-match series at Southampton, which follows an England-West Indies series last month that marked international cricket’s return from lockdown.

Both teams, among the poorer Test nations, have been praised for travelling to Britain, which has been hit hard by the COVID-19 outbreak and helping spare the England and Wales Cricket Board an estimated 280 million ($366 million) loss if their scheduled matches were wiped out by the virus.

Akram added the participation of English players in this year’s edition of the Pakistan Super League, a Twenty20 franchise tournament, should encourage the ECB in thinking it was safe to send the England side there as well.

“The English players were there for the Pakistan Super League in our team, Karachi Kings – Alex Hales and Chris Jordan,” said Akram. “They loved it, they enjoyed it, they got looked after beautifully and I must give credit to the government of Pakistan, the Pakistan Cricket Board (PCB) and the Pakistan team and their staff.”

‘Thank you for coming’

England offspinner Moeen Ali told Sky he had been taken aback by the enthusiastic reception he had received from Pakistan fans. “It’s not the cricket performances you get congratulated for,” said Moeen, who is not part of the current Test squad but did feature in world champions England’s recent one-day international series against Ireland.

“Everyone says ‘thank you for coming’. They just want international players to come and be part of the cricket culture here and it’s been amazing.”

Meanwhile England batting consultant Jonathan Trott, who told reporters his own experience of playing in Pakistan amounted to an Under-19 tour where he “didn’t win in a game” in six weeks, was cautiously optimistic.

“It has got to get all the stuff in place to go there,” former England batsman Trott said. “It is not really a decision for the players –it is up to the administrators and the ICC (International Cricket Council) to decide. They played the PSL, that went well, and an invitational side that played a few T20s, a lot of those guys said it was pretty good.”

The ongoing England-Pakistan series, as happened in the West Indies Tests, is being played behind closed doors, with both teams staying in onsite hotels to create a bio-secure bubble designed to guard against the spread of COVID-19.

Pakistan are also due to play three Twenty20s against England after the Test series finishes and Akram said: “They’ve been here almost two and-a-half-months in the bio-secure (bubble). So if everything goes well, England should tour Pakistan.

“I promise you they’ll get looked after on and off the field there and every game will be a packed house.”

Earlier this month, PCB chief executive Wasim Khan said he hoped England could tour before their planned trip in two years’ time. “We’d love to have them coming over well before then for a shorter tour,” said Khan, a Birmingham-born former batsman with several English counties.

“It’s something that we’ll speak to the ECB about.” 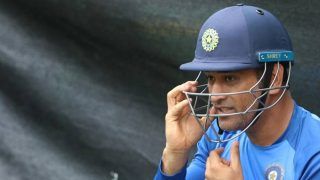