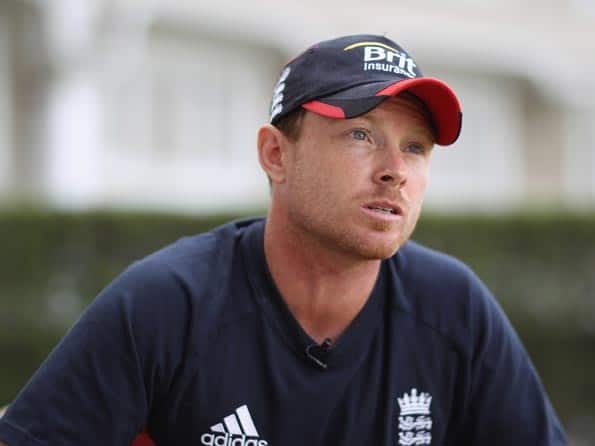 England rose to number one in the ICC (International Cricket Council) rankings in August last year by blanking India 4-0 at home, but faces a big test in the series shifted to the United Arab Emirates (UAE) due to security fears in Pakistan.

The 29-year-old right-handed batsman said England could not let up on the progress they had made.

“The need to avoid complacency is huge. We worked really hard to get to No.1 and it does not stop there,” Bell told reporters, ahead of England’s opening three-day match against ICC Combined XI starting from Saturday.

They play another three-day match against the Pakistan Cricket Board XI — also in Dubai — from January 11-13 before the first of three Tests starts here from January 17.

“There are more things for us to achieve but for us we are hungry enough.

“We have had a nice break and the guys are looking forward to playing cricket now and we enjoy playing as a team and this is a big series for us,” said Bell.

England have not played a Test since beating India and were blanked 5-0 in a one-day series in India late last year.

Bell said Pakistan — unbeaten in Tests and one-day matches since losing to England in a spot-fixing marred tour in 2010 — were playing good cricket of late.

“We watched quite a bit of Pakistan recently and they have been playing some really good cricket and so this is a massive challenge for us, something which we are all looking forward to,” said Bell, a veteran of 69 Tests.

“Any time you play Pakistan we know that they have got world class players and they are really dangerous.”

Bell, having scored 5027 Test runs, reckoned England are a better batting unit since beating Australia in 2005 Ashes at home.

“Our batting is a lot better than in the past. After beating Australia (in 2005 and 2009 at home) we have been able to beat Sri Lanka, India and now we have a reached a stage of not looking too far ahead of us and just break it down.”

Bell said England will be looking to win every match, even the practice games.

“In the past we were all guilty of using the warm up matches to get a score and use as practice.

“It gets everyone in the right frame of mind and game mood. This is very much needed when you are playing teams like Australia and Pakistan and you cannot slowly get into the series.

“We learned that from Australia and we want to take that to every series. We tried and used that in the summer when we were together for three days, Test match preparations has to be as sharp if not tougher.”

The second Test will be played in Abu Dhabi from January 25-29 while the third will again be played in Dubai from February 3-7. The Tests will be followed by four one-day and three Twenty20 internationals.(AFP)