Top-ranked England play Sri Lanka in a two-Test series from Monday with both teams looking to prove a point after recent setbacks in the traditional five-day game. 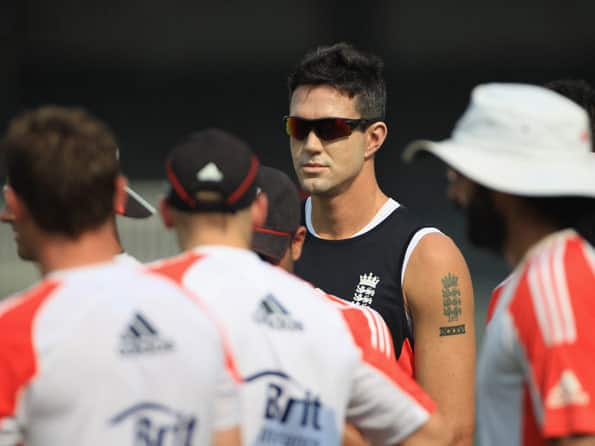 Top-ranked England play Sri Lanka in a two-Test series from Monday with both teams looking to prove a point after recent setbacks in the traditional five-day game.

England’s status as the world’s number one Test side took a big hit when they crashed to an embarrassing 3-0 series whitewash to Pakistan in the United Arab Emirates in January-February.

The failure of Andrew Strauss-led England to adjust to spin-friendly wickets in Dubai and Abu Dhabi raised questions about their ability to win away from the seaming conditions at home.

Sri Lanka will offer little respite for the tourists, whose challenge to master the slow, turning wickets will be compounded by the oppressive heat and humidity prevailing on the island.

“It’s unbelievable, make no bones about that,” batting star Kevin Pietersen said of the stifling weather. “It’s not the spinners we have to worry about, it’s the heat.

“The heat is the biggest threat to us. I am trying to conserve a lot of energy, not run around like a crazy fool.”

England have not won a series in Sri Lanka since 2001, when Nasser Hussain’s men fought back after losing the first Test to win the remaining two matches for a creditable 2-1 scoreline.

The tourists drew a blank on their last two visits to Sri Lanka, in 2003 and 2007, as the hosts won both three-Test series by 1-0 margins.

Strauss’ men have begun the current tour well by winning both practice matches in the capital Colombo, the first by an innings and 15 runs and the second after chasing down a target of 359 in 60.4 overs.

All the top-order batsmen, barring Ian Bell, have got among the runs with Strauss, opening partner Alastair Cook and number three Jonathan Trott hitting centuries.

The badly out-of-form Bell has managed just 25 runs in three innings on the tour so far, while Ravi Bopara will be considered only as a specialist batsman after a side strain prevented him from bowling.

Sri Lanka’s recent poor form will encourage England as they attempt to stamp their authority in the short series.

Since Muralitharan’s retirement in 2010 with a record 800 Test and 534 one-day wickets, Sri Lanka have won just one of their 17 Tests and lost six.

The lone win came in December, when Tillakaratne Dilshan’s men thumped South Africa by 208 runs in Durban, but went on to lose the series 2-1.

The remarkable win was fashioned by a match haul of nine wickets by seasoned left-arm spinner Rangana Herath, who remains the kingpin of Sri Lanka’s attack.

Sri Lanka, now captained by the veteran Mahela Jayawardene after Dilshan stepped down following the defeat in South Africa, go into the series after morale-sapping losses in one-day cricket.

The first Test, in coastal Galle, begins less than a week after Sri Lanka were dumped out of the Asia Cup in Bangladesh after three straight losses against India, Pakistan and the hosts.

The overworked Sri Lankans, who have been playing abroad since October, must adjust quickly to the demands of the five-day game after a surfeit of one-day cricket over the last two months.

Chamara Silva, who hit 163 against the tourists in a practice match, was drafted into the squad after all-rounder Angelo Mathews failed a fitness test on his calf muscle.

The second and final Test will be played at the P. Sara Oval in Colombo from April 3. (AFP)