Fast bowling legend Courtney Walsh believes the West Indies can be successful in England if they are consistent and quickly adapt to the local conditions. Fast bowling legend Courtney Walsh believes the West Indies can be successful in England if they are consistent and quickly adapt to the local conditions.

The West Indies left on Tuesday for a tour of England where they will play three Tests, three One-Day internationals and a Twenty20 from May 5 to June 24.

“The team is playing some pretty good cricket at the moment and if they can carry that to England and be consistent they are in with a shout,” Walsh told the Jamaica Gleaner.

“I like the body language, the way the guys are playing and everybody seems to be giving it a hundred per cent,” he said.

Most players in the 15-man Test squad have never played an international in England before and that leaves the side desperately short of experience in English conditions.

And with the cold, blustery weather currently wreaking havoc at the start of the new county season, the tour is expected to be a testing one for the regional side.

Walsh, who snared 519 wickets from 132 Tests in a career spanning 18 years, said England would naturally start as favourites because of the home advantage.

“England is the number one team in the world at the moment and at home they will start as favourites,” the 49-year-old said.

“They have played some very good cricket over their last couple of tours and at home they will be looking to make the best use of the conditions,” he said.

“As for the West Indies, it should be a testing time at this time of the year, given the weather, but the quicker the team can cope with the conditions the better it will be for them,” Walsh said.

West Indies begin the tour with a three-day match against Sussex at Hove, starting Saturday. (IANS) 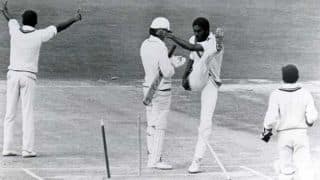