A look at the 18 men who toured India during the historic tour of India from where England returned home with a 2-1 win. 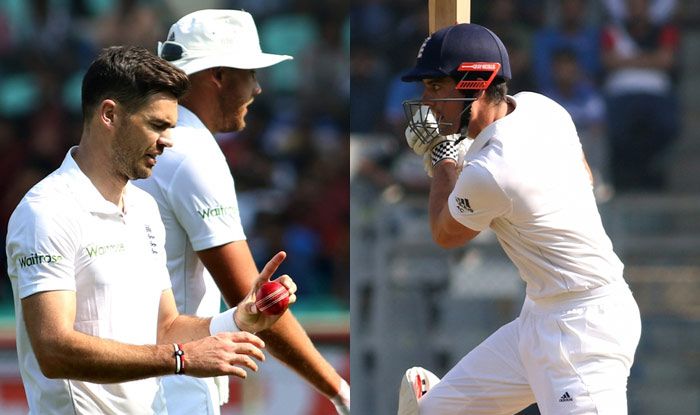 England begin their India tour from February 5 with the first of the four Tests they are scheduled to play in Chennai and Ahmedabad. The outcome of the series will decide who out of the three – India, England and Australia – will take on New Zealand in the final of the ICC World Test Championship later this year.

What makes the tour a big challenge for England is the fact that India haven’t lost a Test series at home since 2012. What should give England hope is the fact they were the last team to beat India (2-1) in their own den in 2012.

Another fact is England recently clean swept a 2-0 series in Sri Lanka and thus will be high on confidence as they prepare for the challenging India conditions where spinners have traditionally ruled the roost.

But England will do well to remember that their last visit to the Indian shores resulted in them returning home empty-handed after losing a five-match Test series 4-0.

As they embark on a stiff challenge to repeat the success of 2012-13 tour, here’s a look at the squad that holds the distinction of being the last visiting side to return home with a win.

Where are they today?

Sir Alastair Cook: Cook was the series’ leading run-getter, scoring 562 runs at 80.28 including three centuries. He retired from international cricket in September 2018 with a century in his final innings, against India. He though continues to play county cricket and has since taken to commentary as well.

Joe Root: Root, then a rookie, played just one Test during the series scoring 93 runs in it including a best of 73. He has since risen to become England captain across formats before handing over the duties to Eoin Morgan in limited-overs cricket while continuing to lead in Tests. He is widely regarded as one of the finest batsmen to have played the game with Geoffrey Boycott recently claiming he has the potential to beat Sachin Tendulkar’s batting record in Test cricket.

Stuart Broad: One of the finest fast bowlers to have played the game, Broad continues to be a workhorse. He played just two Tests without taking a wicket during that tour. He has so far played 144 Tests and taken 517 wickets in them and is at the seventh spot in the list of all-time wicket-takers in the format.

Jonny Bairstow: Bairstow has been rested for the first two Tests in Chennai, a decision which was slammed by former England captains considering he’s counted among the best players of spin in his team. During 2012-13, he played just one Test and scored 9 runs. He continues to represent England across formats and has scored 4169 runs in 72 matches so far.

James Anderson: Anderson played in all four of the Tests and took 12 wickets at 30.25. He has since become the most prolific fast bowler in Test cricket history and has so far taken 606 wickets in 157 Tests with age seemingly having no effect on his appetite.

Kevin Pietersen: He was one of the architects of the England win scoring 338 runs at 48.28 including a century and two half-centuries. He played 104 Tests and announced his retirement from cricket in 2018. He has since forged a successful career in commentary.

Nick Compton: He played all four Tests and scored 208 runs including a half-century. He played 14 Tests before announcing retirement in 2018. He has since turned to photography and hopes to help underprivileged children through his charity.

Matt Prior: The wicketkeeper-batsman scored 258 runs in four innings during the tour including two half-centuries. He retired after playing 79 Tests and will be part of talkSPORT’s commentary team for the upcoming India-England series.

Jonathan Trott: With 294 runs from seven innings, Trott was the fourth-highest run-getter of the series. He retired after 52 Tests. He has since carved a career in coaching and is currently in India as England’s batting coach.

Ian Bell: The middle-order batsman played three Tests and scored 172 runs at 43 including a century. He played 118 Tests and scored 7727 runs before retiring. Bell announced his retirement following the end of 2020 season.

Graeme Swann: With 20 wickets, he was the join-highest wicket taker of the tour with Pragyan Ojha but had a better average (24.75 to Ojha’s 30.85). He played 60 Tests and took 255 wickets before calling it quits. He’s since become a commentator.

Monty Panesar: The left-arm spinner took 17 wickets in three matches playing a vital role in the historic series win. He retired after playing 50 Tests and 167 wickets and has since dabbled in coaching and has become a presenter.

Steven Finn: He played just one Test and took four wickets. Overall, he has played 36 Tests – the last of which came in October 2016 as he has since fallen off the radar.

Eoin Morgan: He was part of the Test squad but didn’t get a game. His last of 16 Tests was in February 2012 but he has since etched his name in cricket history having led England to their maiden ODI World Cup trophy in 2019.

Tim Bresnan: He played two Tests without taking any wicket. He has played 23 Tests, the last of which was in December 2013, and continues to play domestic cricket.

Graham Onions: The pacer didn’t get a game in India. Overall, he played 9 Tests for England and took 32 wickets. He was advised to retire from cricket in 2020 after suffering a back injury. He’s been since appointed as Lancashire’s bowling coach.

Samit Patel: He played three Tests but managed to take just one wicket in them. He last appearance in Test cricket was in November 2015 but he continues to play domestic cricket and in T20 leagues.

Stuart Meaker: The pacer didn’t get a game during the series. He has so far played two ODIs and as many T20Is but continues to play county cricket. 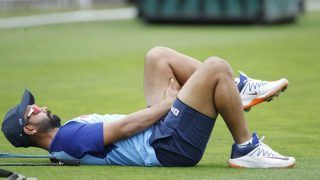 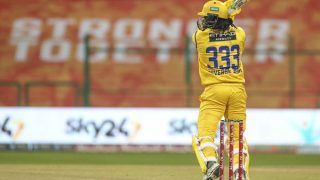