An official half holiday has been declared in Antigua and Barbuda for the first day of the first test match between the West Indies and England.

St.John’s(Antigua): An official half holiday has been declared in Antigua and Barbuda for Monday, the first day of the first test match between the West Indies and England. The cabinet in Antigua made the decision on Friday as the West Indies prepare to battle England at Sir Vivian Richards stadium, in the first of three Test matches in the Caribbean, reports CMC. England tour of West Indies 2015: Jonathan Trott ready to prove himself again

Prime Minister Gaston Browne did not attend the cabinet sitting since he was in Jamaica meeting with United States president Barack Obama. Attorney General, Steadroy Benjamin, who chaired the cabinet meeting, says the official half holiday is part of measures aimed at attracting a large turnout of spectators including government and private sector employees. Uncapped Shai Hope, Carlos Brathwaite likely to debut against England in first Test

The government says buses will also transport vacationing students from the various communities around Antigua to the Sir Vivian Richards Stadium. Officials have also announced nominal entry fees in light of government’s monetary and other support to the West Indies Cricket Board (WICB) and senior citizens who are 65 years and older will enter the stadium without charge. Denesh Ramdin believes experience would be key to success

The fixture between the West Indies and England will be the first test match to be played in Antigua in seven years. Antiguan stadium in great condition to host opening ENG vs WI Test 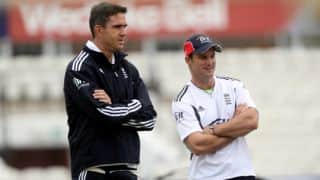 Kevin Pietersen is the best player I have ever played with, reveals Andrew Strauss 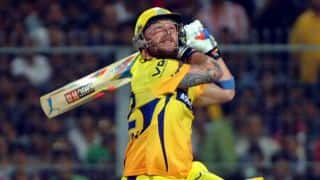