England tour will be a tough competition for India: MS Dhoni

England tour will be a tough competition for India: MS Dhoni

MS Dhoni said that that his visiting side ill-affords to take them lightly in the upcoming five-match Test series.

England might be a bit low in confidence after slumping to their first Test series loss to Sri Lanka on home soil but Indian captain Mahendra Singh Dhoni said that that his visiting side ill-affords to take them lightly in the upcoming five-match Test series. Addressing a press conference on the eve of his side’s three-day warm-up game starting here tomorrow, Dhoni said England are still a tough side to beat.

“What you assess is how good a side the opposition is and I still think England are a fantastic side. Which means it will be a tough competition for us and they know the home conditions better than us,” Dhoni said at his first press conference after arriving in England.

Asked if it was a good time to play England who suffered 0-1 series loss against visiting Sri Lanka yesterday, Dhoni said, “No, not really.”

Unlike in 2011 when India only played one tour match before entering the Test series, this time they are playing two and arrived nearly three weeks before the first Test. The extra time, according to Dhoni, provided the inexperienced players to get acclimatised to the conditions.

“It’s a long series, five Test matches followed by five ODIs and one T20. Playing a series with five Test matches is something that’s entirely new for us. But overall I think it will be really good,” Dhoni said.

India failed to register a single win in their disastrous last tour in 2011, losing the Test series 0-4, the five-match ODI series 0-3 and also the lone T20 International.  Of the current 18-member Indian squad only Dhoni, Gautam Gambhir and Ishant Sharma have played a Test match in England.

“All that really helps but it will be important for those players who have not played too many games to get used to the conditions really quickly. We’re here 15 to 20 days before the first Test so that will obviously help.” 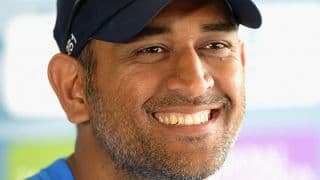 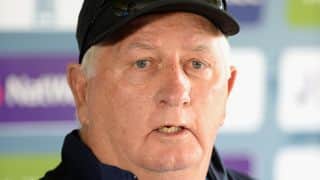