The punishment comes after Jofra Archer made an unauthorised trip to his home in Hove, East Sussex, after the first Test against the West Indies at Southampton's Ageas Bowl.

The England and Wales Cricket Board (ECB) has officially warned speedster Jofra Archer and fined him an “undisclosed amount” for breaching the bio-security protocols ahead of the second Test against the West Indies.

Last Monday, Archer broke the bio-bubble and left for his home in Brighton, the unauthorised visit leading to him being dropped from the ongoing second Test at the Old Trafford.

“Following a disciplinary hearing held on Friday evening, 17 July, England cricketer Jofra Archer has been fined an undisclosed amount and received an official written warning after admitting to breaching the team’s bio-secure protocols on Monday 13 July when he made an unauthorised visit to his home in Hove,” ECB said in a statement.

It means he will be available for selection in the final Test of the series, which the West Indies lead 1-0 after their win in Southampton.

Archer has already apologised for his indiscretion which led to a last-minute change in team selection.

The Barbados-born Archer is currently undergoing a five-day isolation at the venue. He will give two COVID-19 tests in this period and his self-isolation will be lifted only after his results come negative.

He is due to rejoin the rest of the squad next Tuesday.

“The hearing was chaired by Ashley Giles, Managing Director, England Men’s Cricket and included Archer’s agent and a representative from the Professional Cricketers’ Association,” the ECB stated in the release. 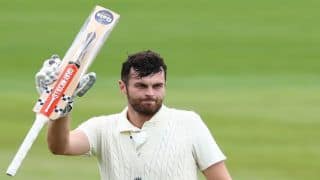 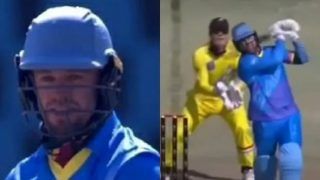