England put up a commendable performance in the third ODI to keep themselves alive in the series.

England take on Australia in the fourth One-Day International (ODI) at Leeds. England put up a commendable performance in the third ODI to keep themselves alive in the series and Australia would be disappointed to have missed out on an excellent chance to seal the series at Manchester. James Taylor finally stepped up to the plate and converted his start to reach his maiden ton. Batting at No. 3, Taylor had got a couple of 40s in the earlier two games and was criticised for throwing his wicket away. His skipper Eoin Morgan has looked in tremendous touch in the series so far and he will be England’s key batsman in their middle-order once again. LIVE CRICKET SCORECARD: England vs Australia 2015, 4th ODI at Leeds

Australia put up an excellent performance in the first two ODIs but their frontline bowlers leaked runs at Old Trafford and as a result had to chase 301 for a win. Their batting too did not click and losing wickets at regular intervals hurt them as they folded up in 44 overs. Australia did well to restrict England to under 320 given the hosts were 181 for the loss of just the two wickets at the end of 30 overs, but their batting failed to provide any sort of fireworks. England seek specialist help for Ben Stokes to help him get rid of ‘fear of cricket ball’

England will not be looking to make any changes to their squad. The form of Alex Hales at the top is a bit of a trouble for them. They might look to Sam Billings for the final two important games in place of the out-of-form Ben Stokes. Australia’s batting order looks settled, but their worrying aspect is the lack of wickets for their strike bowler Mitchell Starc. With just four wickets at an economy rate of 6.25, Australia are being let down by him. Starc has looked tired after a grueling season and it could be one of the reasons for him not performing at his best. The bowing form of Pat Cummins and even Glenn Maxwell has been quite impressive in this series so far. Poll: Who will win England vs Australia 2015, 4th ODI at Leeds?

It was good to see both teams moving on from the Stokes controversy during the second ODI and let cricket do the talking. For England, the win at Old Trafford would have been sweeter, but Australia will be raring to go at Leeds and win the series with a game to spare. It will be a great achievement for them after their debacle in the Ashes 2015. 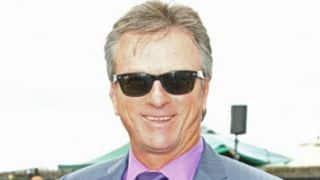 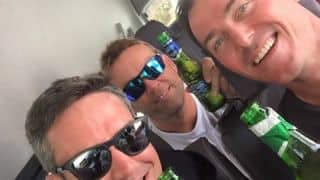