Australia players have been told to not use sweat from their head, face or neck either.

Cricket Australia (CA) has restricted its players from using sweat from the head, face and neck to shine the ball during the upcoming limited overs tour of England in a bid to reduce the risk of COVID-19 transmission.

The International Cricket Council (ICC) has banned the use of saliva on the ball as an interim health safety measure in the wake of the COVID-19 pandemic. However, a player is still permitted to use sweat from anywhere on the body and rub it on the ball.

But CA is taking a cautious approach to reduce any risk of transmission of the novel coronavirus. Based on medical advice the board has asked its players to not use sweat from near the mouth or nose, according to cricket.com.au.

This leaves players with option of using sweat from either their stomach or back, during the white-ball series against England, starting September 4 in Southampton.

The team’s premier pacer Mitchell Starc feels the regulation will not have much affect in the limited overs formats.

“It’s probably not something that’s too relevant in white-ball cricket. Once that new ball starts to go, you’re trying to keep it dry anyway. It’s more of a question for red-ball cricket,” Starc said.

“No doubt we’ll find out what it’s like in these practice games and if we need to revisit some planning around it, I’m sure we’ll have a chat before the series gets underway,” he added.

England players were seen using sweat from their backs or forehead during the series against West Indies and Pakistan.

“I think we saw a bit during that England (Test) series, Jofra (Archer) using some sweat off his back and that sort of thing.”

Starc, who is also in Australia’s Test side, feels if things don’t change similar restrictions will remain in place during the team’s home season.

“If the world stays as it is for a little while, those restrictions will still be there. That saliva one will probably be around for a lot longer anyway,” Starc said.

However, the pacer said discussions regarding the regulation will need to take place when the team’s Test assignments start.

“It’s one for the red-ball team to talk about when we get to that point, but at the moment we’re pretty good,” Starc said. 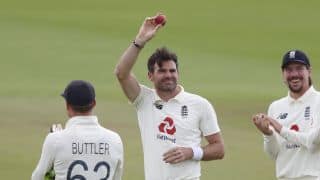 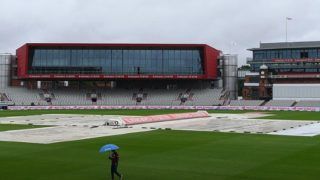