Catch the live streaming of the fourth day's play of the second Ashes Test at Lord's, London.

Australia head into Day Four of the second Ashes Test at Lord’s, London in firm control of the game. They first bowled England out for a score of 312 thereby gaining a lead of 254 runs. With the bat, they have raced away to a score of 108 for no loss and lead the hosts by 362 runs already. Their aim will be to get a score of around 500 which could see them attacking England early on Day Four to have at least five sessions to bowl them out. There is rain predicted for the day but Australia will want none of that to come in their way. Live cricket updates: England vs Australia, 2nd Ashes 2015 Test, Day 4

England are under pressure and it will be interesting to see how they come out on the penultimate day of the Test match. They will not want to fold up like they did in the first innings and put up a better show. They will be boyed by the form of Alastair Cook at the top who scored a brilliant 96, the skipper will be key as England attempt to save this Test.  Catch live cricket scores and updates of England vs Australia 2nd Ashes 2015 Test at Lord’s, Day 4 here

Catch the live telecast of the second Ashes 2015 Test between England and Australia on Star Sports 1 and Star Sports HD 1, as well as on starsports.com. 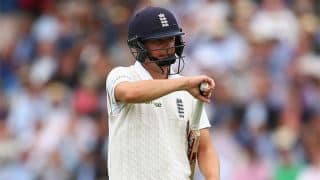 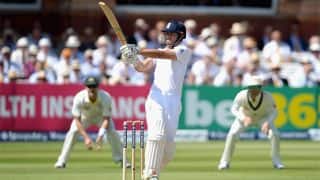