"In my assessment, this attack would go as one of the best."

India are all set to take on England for a long tour of 3 T20Is, 3 ODIs and 5 Tests. Talking on the tour, Sachin Tendulkar was all in praise of the Indian bowling attack: “This is the most complete fast-bowling attack that India have had in many many years. In my assessment, this attack would go as one of the best,” Tendulkar told PTI during an exclusive interaction. “We have the luxury where we have a swing bowler (Bhuvneshwar Kumar), a tall bowler (Ishant Sharma), a skiddy bowler (Jasprit Bumrah) and a genuine quick bowler (Umesh Yadav). It is a nice combination to have with so much variation on offer.”

Tendulkar had played alongside players like Kapil Dev, Manoj Prabhakar, Javagal Srinath and Zaheer Khan. Despite that he ranks the current bowling attack ahead of the ones he had in his playing days: “Yeah, I am taking that into account that (attacks of yesteryear) as well because of a reason. We have got Bhuvi, who can bat and also Hardik with good batting ability.”

Tendulkar also spoke in details about India’s batting strengths: “I think the team management would have to assess which opposition batsman is comfortable against what kind of bowling. There will be a few, who would play the swing bowling well and some will have the technique of dealing with deliveries that move off the pitch. You have to pick the team accordingly.”

He also emphasised on the role of all-rounders in Test cricket: “The current India team is constantly looking at seamers, who can contribute with the bat big time. I think these two guys [Bhuvi and Hardik] have contributed crucial runs every now and then. Hardik has just got into the side but I think Bhuvi contributing brilliantly and that contribution changes the balance of the team in a positive manner.

“It’s good to have batsmen who can bowl four-five overs but even better if we have bowlers, who can score those crucial runs. The kind of contributions that can help you move forward.”

Tendulkar, part of five Test series in England (1990, 1996, 2002, 2007, and 2011), also talked about the probable English weather and pitches: “I think there should be good wickets. It also depends on the kind of summer they have. No one wants to play in wet and cold conditions. I am expecting good bright summer conducive for good cricket.”

One of the aspects that will work in India’s favour is the fact that Test series will start only in August, by when India would have spent over a month in England: “I think going early will prove to be an advantage. By the time the Test series starts, India would have spent five weeks in England with lot of match practice. It would help the team to get into the groove.”

Before the England tour, India will play 2 T20I matches against Ireland starting from June 27. 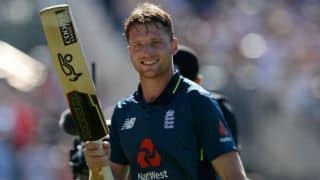