The English camp will be an upbeat one at the moment.

ICC Cricket World Cup 2015 runners-up, New Zealand face off against England in the second of the five-match ODI series at The Oval in London on Friday. England are already a game up in the series following a thumping 210-run victory in the 1st ODI at Edgbaston, Birmingham. Live Scorecard: England vs New Zealand 2015, 2nd ODI at The Oval

The English camp will be an upbeat one at the moment, basking in the glory of a feat that many would have thought was very difficult to achieve for them, if not impossible. The England cricket team, which crashed out of the ICC Cricket World Cup 2015, handed an upsetting defeat to the runners-up of the same tournament, against whom they had suffered a one-sided eight wicket thrashing in February-March. Live Updates: England vs New Zealand 2015, 2nd ODI at The Oval

Yet, this team was a different one from the one that lost miserably at Wellington. New Zealand started off with the upper hand in both innings, but it was ultimately a brilliant show by the hosts in all three departments that led to them tightening the noose around the Kiwis’ necks. PREVIEW: England vs New Zealand 2015, 2nd ODI at The Oval 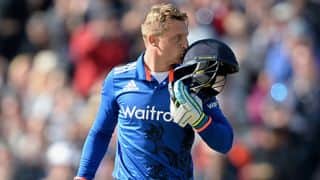