Only Virat Kohli of all the players to reach the semi-final has scored more runs than Joe Root.

England hope in-form batsman Joe Root and “home” advantage can make the difference against undefeated New Zealand in the first World Twenty20 semi-final on Wednesday. Eoin Morgan’s team will be playing their third match in a row in New Delhi, but for the nomadic Black Caps it will be their fifth different venue in five tournament matches. “It’s a home game even if we are in India,” said England all-rounder Ben Stokes, who tipped Root to destroy New Zealand’s formidable spin attack, which has so far been on top in favourable Indian conditions. Live Cricket Scorecard: England v New Zealand, T20 World Cup 2016, 1st Semi-Final at Delhi

The Kiwis have won the toss, batted first and used their spin bowlers to great effect to defend totals in all four of their group matches.  “Root is a class player and he is one of the best around in all three formats of the game at the moment,” said Stokes of his 25-year-old team-mate. Only India’s Virat Kohli of all the players to reach the semi-finals has scored more runs than Root’s 168, which included a match-winning 83 against South Africa. His classy knock against the Proteas fired England to a successful record chase of 230 and got their bid for a second World T20 title back on track after an opening-match defeat to the West Indies. The 2010 champions then squeaked past minnows Afghanistan and defending champions Sri Lanka to finish second in Group One on six points behind the West Indies.

England were reduced to 85 for 7 against Afghanistan before eventually winning by 15 runs and then Angelo Mathews’ valiant 73 almost saw England come unstuck in  a nervous 10-run triumph over Sri Lanka. But Stokes, whose tight “death” bowling was crucial to the victory over Sri Lanka, believes the hard-fought manner of the wins — with both matches being in Delhi — gives England an edge.  “We are a little bit more used to the conditions,” he told reporters on Monday. T20 World Cup 2016: England have not played their best, admits Joe Root

New Zealand, who were unfancied coming into the tournament following the retirement of former captain Brendon McCullum, haven’t put a foot wrong on their travels since stunning favourites India in their first game.  Captain Kane Williamson has deployed his spinners to supreme effect as the Kiwis became the only side to progress unbeaten from the Super 10 stage, despite a schedule that took them to Nagpur, Dharamsala, Mohali and Kolkata.

“We have done a lot of travel but the boys have been great and have embraced the schedule and the pitches,” said Williamson, 25.  Spinners Mitchell Santner and Ish Sodhi have shared 17 wickets as their two most experienced pacemen — Tim Southee and Trent Boult — warmed the substitutes’ bench. 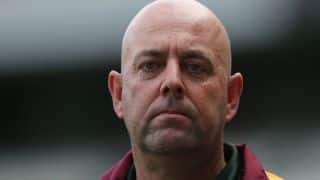 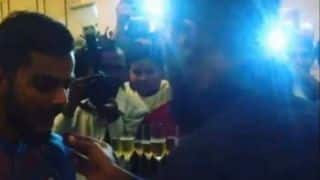