Bess was included after county colleague Jack Leach was forced to withdraw with injury.

Somerset off-spinner Dominic Bess will make his England debut in the first Test against Pakistan on Thursday, captain Joe Root has confirmed. Bess was included after county colleague Jack Leach was forced to withdraw with injury.

England have named 12 players and still have to decide between seam-bowling all-rounder Chris Woakes and fast bowler Mark Wood for the last place in their XI for the  first of this two-Test series, with Root saying conditions on the morning of the match would influence which way they went.

Bess, 20, has added a touch of youthful enthusiasm to an England squad attempting to bounce back after failing to win any of their seven combined Tests in Australia and New Zealand.

“He seems really clear about what he wants to do in the game and how to approach this week, and that’s all you can ask for from someone making their debut,” Root told reporters at Lord’s on Wednesday.

“I remember mine, you just want tomorrow to come around, to get your cap and get on with it.

“He’s approached the week really well and hopefully he can have a good start to what’s a good, long career. 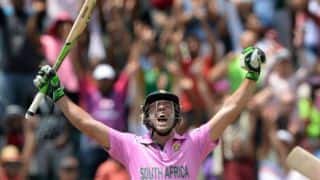