England vs Pakistan 2016 will mark the return of Mohammad Aamer in England after five years.

England are set to host Pakistan for 4 Tests, 5 One-Day Internationals (ODIs) and one-off Twenty20 International (T20I), starting July 14. The Tests will be played at London s Lord s, Manchester, Birmingham and London s Kennington Oval. Meanwhile, the ODIs will be played at Dublin s The Village Malahide, Southampton s The Rose Bowl, Lord s, Headingly and Cardiff s Sophia Gardens. The one-off T20I will be played at Old Trafford, Manchester. The series will mark the return of Mohammad Aamer in England. He was banned for five years after he was found guilty of spot fixing during the Lord s Test in 2010. FULL CRICKET SCORECARD: England vs Pakistan, 1st Test at Lord s

A lot of current and former cricketers have commented on Aamer s return and most of them have spoken against Pakistan Cricket Board s decision to give Aamer a second chance. Former English cricketer, Graeme Swann was among the ones who criticised him. Mohammad Aamer will walk out on the green and glorious turf at Lord s on Thursday and it will make me feel sick. This is a man who crushed the morality of the game. And yet he is being allowed back to play at the Home of Cricket.

Aamer should have been banned for life for his part in the corruption scandal of 2010. He is an incredibly talented bowler he took 6-84 in that infamous Lord s Test six years ago but that does not excuse what he did. No matter how good you are, if you sell your soul for 30 pieces of silver, you have to pay the consequences. And I don t think he has, he said.

Virat Kohli calls for "one religion" 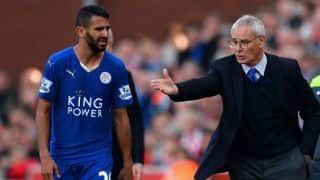