England and Pakistan were once again held up by rain as only 10.2 overs were possible on Day 4 of the second Test in Southampton.

In response, England lost Rory Burns (0) early before the players went off the field due to rain and bad light. The hosts were 7/1 in 5 overs.

It was another failure for Burns — he fell to Shaheen Afridi — after the Englishman managed scores of four and 10 in the opening Test.

Dom Sibley (2*) and Zak Crawley (5*) will continue the innings if play is possible on Day 5.

Despite draw being the most likely result, England’s batting consultant Jonathan Trott said that the hosts have the momentum going into the next game, starting Friday (August 21) at the same venue.

“We’ve taken momentum from the last game, how we finished there and the win we had,” Trott said.

“It’s important we don’t just see it as a day to bat out or to walk away with a draw and still be 1-0 up.

“There is still some work to be done against the new ball tomorrow morning to make sure we’re in a good place going into the third Test.” 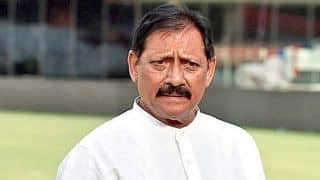