Glamorgan‘s chief executive Hugh Morris has expressed delight at the England & Wales Cricket Board (ECB) allotting Cardiff’s Sophia Gardens one of the three T20Is between England and Pakistan in 2020, while hoping that the game attracts a full house.

The ECB on Wednesday announced the home fixtures for England in 2020, which includes three Tests and three T20Is against Pakistan between July 30 to September 2 next year.

The second T20I is scheduled for August 31 at Sophia Gardens, the biggest cricket stadium in Wales, and Morris felt this was good for Glamorgan.

“It’s very good news; we are delighted to welcome Pakistan back to Cardiff for an IT20 game,” said Morris. “They are one of the top teams in the world, it should be exciting. We had a really good game at the beginning of this year between England and Pakistan, and we are really excited by another one. It’s on Bank Holiday Monday next year as well, 31st August, and we are looking for another bumper crowd.”

Sophia Gardens hosted two matches during the 2019 ICC Cricket World Cup, and in May a T20I was played there between England and Pakistan.

(READ: At Sophia Gardens, memories of India and Glamorgan’s heyday)

Matches in the United Kingdom involving Pakistan are generally very well attended, given the number of Pakistan-origin citizens. During the 2019 World Cup, almost every Pakistan game was sold out, and even when the team’s game against Sri Lanka in Bristol was washed out, there were many Pakistan supporters in attendance. Some of them, whom CricketCountry spoke to at the County Ground while the rain lashed down, had travelled for several hours to get to the game.

Morris looked forward to fans of Pakistan showing up in Cardiff for next summer’s T20I.

Majid remains a legend in Glamorgan cricket talk, chiefly because of the numerous match-winning innings he played for the club when they won the County Championship in 1969. During the 1981 season, Miandad scored eight hundreds and totalled 2,083 first-class runs.

Waqar was Glamorgan’s overseas signing in 1997 and had an outstanding season, with several eye-catching bowling performances. Several of his photos adorn the walls inside Sophia Gardens. 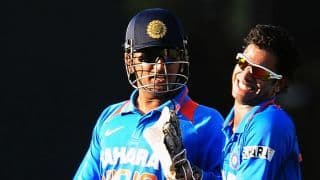 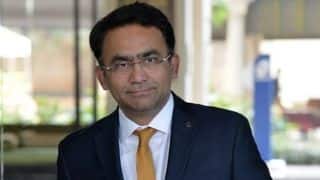