Ollie Robinson has been asked to enter the bio-secure bubble at the Ageas Bowl as part of a closed-door training group, ahead of the second Test against Pakistan.

Pacer Ollie Robinson, who was part of the Sussex squad for the upcoming Bob Willis Trophy, has been asked to join England’s closed-door training camp ahead of the second Test against Pakistan beginning at the Ageas Bowl on August 13.

The 26-year-old has so far captured 244 wickets in 57 first-class matches and has also been a part of England’s Test squad in the past but never actually got a chance to play for the national team.

“Seamer Ollie Robinson has been withdrawn from Sussex’s squad for their Bob Willis Trophy match against Kent,” England Cricket confirmed on Saturday (August 8).

“He will join the bio-secure bubble at the Ageas Bowl as part of England men’s behind closed doors training group ahead of the second Test against Pakistan,” it added.

Joe Root and his men had beaten the West Indies 2-1 in a three-match series last month.

The final Test against West Indies featured a similar line-up but some of the fast bowlers could be rested for the next Test if England decides to go for the rotation policy that they have followed since the resumption of cricket. 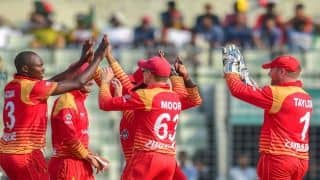 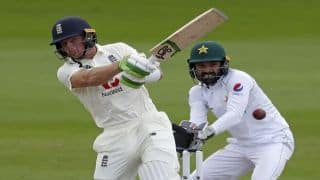