It is Day Five of the third Test and England are sniffing a win against South Africa at The Oval.

England elected to bat in the historic Test and put up 353 on the board, thanks to a hundred from Ben Stokes and 88 from former skipper Alastair Cook. Debutant Toby Roland-Jones tore apart the South African camp, claiming a 5-for to dismantle the visitors for 175. England declared their innings at 313 for 8, setting South Africa 492. While Keaton Jennings scored 48, Tom Westley, Joe Root and Jonny Bairstow contributed with fifties.

South Africa were 117 for 4 at stumps on Day 4, glaring at a massive defeat. Opener Dean Elgar is batting on72 along with Temba Bavuma. South Africa have lost their batting crux with Hashim Amla, Faf du Plessis and Quinton de Kock dismissed cheaply. If England win this, it will mean they don t have a chance to lose the series. 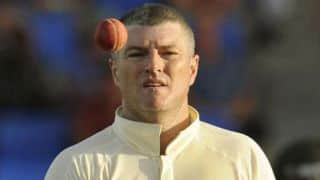