Yorkshire's Gary Ballance has been ruled out of next week's third Test against South Africa with a broken finger.

England batsman Gary Ballance has been ruled out of next week’s third Test against South Africa with a broken finger, the England and Wales Cricket Board confirmed Tuesday. Ballance suffered the injury when hit on the left index finger by a short ball from fast bowler Morne Morkel while making just four on Monday’s fourth and final day at Trent Bridge, where England collapsed to 133 all out in a 340-run mauling in the second Test. ALSO READ: It is time England moved on from Gary Ballanc, says Ian Botham

“Gary Ballance has been ruled out of the third Investec Test against South Africa at the Kia Oval starting July 27 after fracturing his left index finger,” said an England and Wales Cricket (ECB) Board statement issued Tuesday. “The Yorkshire left-hander saw a hand surgeon in Leeds on Tuesday. He will continue to be monitored by the England medical team and could still be available for selection in the fourth Test starting next month at Emirates Old Trafford,” the statement added.

Ballance, however, would have been under pressure to keep his place at The Oval in any event. He has averaged a meagre 21.25 in four innings so far this series, with a top score of 34, in what is the Zimbabwe-born batsman’s third crack at Test cricket.

England coach Trevor Bayliss was highly critical of his team’s performance in Nottingham, describing it as a “shocker” as the top order, including Ballance at number three, again came under scrutiny.

Bayliss confirmed, however, that opener Keaton Jennings was likely to retain his place despite notching only three runs in two innings against the Proteas at Trent Bridge, where South Africa levelled the four-match series at 1-1.

“One of the things we’ve tried to do since I’ve come in is try to give those guys a bit longer to show what they have got,” said Bayliss.

“It still hasn’t worked, to be honest. Keaton, for example, at the top of the order … if we’re consistent with our selections, he should get some more goes,” the Australian added, with England now having lost six of their last eight Tests.

The likes of Mark Stoneman, Tom Westley and Haseeb Hameed are under consideration to take Ballance’s place when England name their third Test squad later this week.

“The last selection meeting we had before this series started, players like Stoneman and Westley were spoken about at length,” said Bayliss. “Obviously, (so was) Hameed who is a little out of form this year. So those types of guys, they are on the edge.”

England’s quest for an opening batsman to partner Alastair Cook has been well documented; the former skipper has had 11 partners at the start of an innings in five years since the retirement of Andrew Strauss. 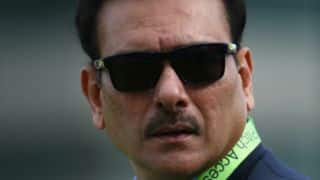 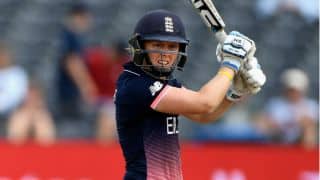