Check out Live Updates of Day 3 of the 1st Test between England and Sri Lanka here.

Hello and warm welcome to the third day’s play of the England versus Sri Lanka match played at Lord’s. This is Abhijit Banare and I will take you through the entire duration of the day. On the second day, it has to be said that England played extremely well and made 575 for the loss of nine wickets declared on the board.

Sri Lanka on the other hand, also played well on the second day and got to 120 for the loss of one wicket. With Kumar Sangakkara batting at the crease, Sri Lanka will hope to get close to England’s total. For England, it was Joe Root who played a superb knock and got to 200 not out. It was the first double ton of his career. The track is expected to be true at Lord’s and England’s bowlers just like Sri Lanka have to toil hard to get wickets. Hopefully, it will turn out to be an interesting day’s play. 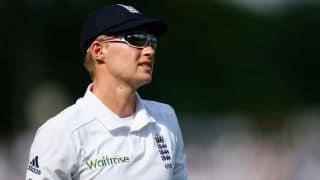