England vs Sri Lanka 2014: Gary Ballance to bat at No 3 spot

England vs Sri Lanka 2014: Gary Ballance to bat at No 3 spot

England captain Cook said the Zimbabwe-born left-hander would come in at first wicket down.

Yorkshire‘s Gary Ballance is set to bat in England‘s problem position of number three in the first Test against Sri Lanka at Lord’s on Thursday.

England captain Alastair Cook said the Zimbabwe-born left-hander would come in at first wicket down when speaking to reporters at Lord’s on Wednesday.

When Ballance made his debut during England’s last Test, a 281-run defeat by Australia in Sydney in January that capped a 5-0 Ashes series loss, the 24-year-old batted at six in the first innings due to a nightwatchman and five in the second knock.

Ballance made just 25 runs in the match but, with longtime number three Jonathan Trott in the early stages of his second ‘comeback’ to cricket following the stress-related illness that led him to leave the Ashes early, England have decided the novice batsman is the right man to fill a key spot in the top order.

Ian Bell, a longstanding Warwickshire colleague of Trott and a veteran of 98 Tests, will bat in the number four slot that was Kevin Pietersen’s until England controversially decided to ditch their all-time leading run-scorer in all formats after returning from Australia.

Although the changes had been widely speculated upon the fact Cook — who will open alongside Australia-born debutant Sam Robson — confirmed them a day before a game was indicative of England coach Peter Moores’s desire to run a more ‘open’ set-up than existed under Andy Flower, who quit his post after the Ashes debacle.

Asked where Ballance would bat, Cook said: “Gary will bat at three, Belly at four, Rooty [Joe Root] at five and Mo (Moeen Ali) at six.”

As well as revealing his top order, Cook all but confirmed the composition of the team with all-rounder Chris Woakes set to be dropped from a 12-man squad.

It was a perfectly legal, if rare, form of dismissal and Sri Lanka had gone beyond what was required of them by cricket’s rulebook by warning Buttler of the risk he was running in leaving his ground early.

Yet in the view of some it was still against the ‘spirit of cricket’ for Buttler to be given out in this way.

“Both sides will play a particularly hard game of cricket, but we have a responsibility to do it in the right way,” Cook said.

“What happened last week…I was quite emotive about it, but I’ve settled a bit.

“It was frustrating at the time and it still is…but he [Senanayake] was in his right to do it. The bottom line is you can’t really argue against it.”

Sri Lanka captain Angelo Mathews refused to withdraw the appeal during the match and he was in defiant mood when once more questioned on the incident on Wednesday.

“Buttler was warned a few times,” said Mathews, whose side had nearly been beaten in the fourth ODI at Lord’s as a result of a blistering hundred by the keeper.

“He was backing away [backing up] and we did nothing about [that], but we couldn’t let him do that every game.

“We warned him twice.”

The all-rounder added: “There is a law and if you’re going to judge the captain of the other team (for using it) there shouldn’t be a law; if that’s the case it should be taken out.

“We played within the rules and stuck to the spirit of cricket, but we shouldn’t let anyone take advantage of us.” 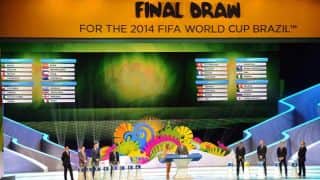 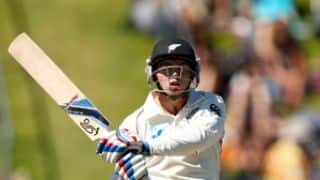