England cricket team has released two players from their squad to face Durham in the Twenty20 Cup this week. Nottinghamshire’s Jake Ball will face Mark Stoneman’s side in Wednesday’s game at Chester-le-Street. Ball has been named in an unchanged squad for the third Test, at Lord’s, and England will give serious thought to handing him his debut when they take on a depleted Sri Lankan side in the final Test of the series. On the other hand, Ben Stokes’ replacement in the second Test match, Chris Woakes, who had a good outing in England’s 9-wicket win over the visitors, will play for Birmingham Bears at home to Durham on Friday. The Warwickshire all-rounder was England’s best bowler in the first innings of the second Test at Chester-le-Street, taking 3-9. ALSO READ: Alastair Cook 1st England batsman and youngest-ever to score 10,000 runs in Test cricket

According to ChronicleLive, the Yorkshire pair of Jonny Bairstow and Joe Root have also been released, with the England management more open to the idea of their players appearing in county cricket, particularly in the 20-over game. Durham’s two centrally-contracted players, Ben Stokes and Mark Wood, are currently out with injury.

Wood stepped up his rehabilitation from two ankle injuries when he bowled in the nets for the first time. He is hopeful of playing some cricket and regain his form and confidence before the first Test against Pakistan, which starts on July 14. Stokes was on crutches at the Test match, having recently undergone a knee operation.  Durham have faced one heavy defeat and an even more emphatic win in their two matches in the competition to date. 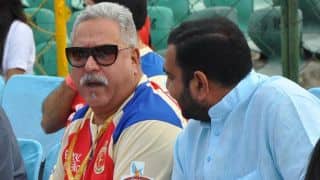