England will like to keep the momentum in their favour but face a much improved Sri Lankan side in the ODI series.

England are set to clash against Sri Lanka in the 1st One Day International at Trent Bridge, Nottingham. After being comprehensively beaten in the Test series, Sri Lanka came back strong against Ireland in the two-match by winning both the matches easily. They will like to stage a fight back in the shorter formats against hosts, England. Online streaming of the England- Sri Lanka ODI series will be available on Starsports.com while the live updates of the match will be available here. In the last tour of England in 2014, Sri Lanka won the ODI series 3-2 and will like to replicate their past success this time too. LIVE CRICKET SCORECARD: England vs Sri Lanka , 1st ODI, Nottingham

In their two games against Ireland, Sri Lanka looked a better side as their youngsters came into the fore. Seekkuge Prasanna, Kusal Perera, Dasun Shanaka and Dinesh Chandimal shined for the visitors. The team was improving towards the fag end of the Test series itself and will like to be in the same road. On the other hand, England have been good in the shorter formats ever since the drubbing they received in ICC World Cup 2015. They will like to be in the same mode when they face the Asian nation. Eoin Morgan will come back as ODI captain while Jos Buttler, Adil Rahsid, Liam Plunkett, David Willey and Jason Roy will be an integral part in this series.

England’s highest run getter from the Test series, Jonny Bairstow, will return to the ODI team after a good series with the bat against Sri Lanka. They will be without the services of James Anderson and Stuart Broad but the Lankans will be aware that England still have a lot of players to cause damage in their strategies. 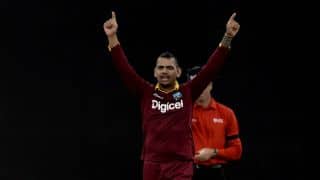