England will face Sr Lanka at Chester-le Street in the second Test of the 3-match Test series.

Sri Lanka will be up against England in the second Test of the 3-match Test series on Friday. They will have a task on hands as they look to avoid a series defeat. The match will be played at Riverside Ground in Chester-le-Street. Star Sports will be broadcasting the series as they hold the broadcast rights in India and the matches will be telecast on Star Sports 1 and Star Sports HD. No Hindi commentary of the match will be available. Free online streaming of Sri Lanka tour of England will be available on the official Star Sports website that is starsports.com. LIVE CRICKET SCORECARD: England  vs  Sri Lanka , 2nd Test match at Chester-le-Street

After being beaten quite convincingly in the first Test at Headingley, Leeds Sri Lanka will have to show character and fight back. They were completely blown away by James Anderson’s lethal fast bowling. Anderson claimed 10 wickets in the match with two 5-wicket hauls to his name. He went past Kapil Dev’s record of 434 Test  scalps as well. Sri Lanka’s poor show with the bat was the main reason for the loss. They lost by an innings and 88 runs.

Ben Stokes was replaced by Chris Woakes in the England squad after  the former sustained an injury. Woakes will be playing his 7th match for England and he will be looking to add to his splendid form from county cricket. On the other hand, Dushmantha Chameera’s injury comes as a huge blow to Sri Lanka. He will be replaced by Suranga Lakmal. Dasun Shanaka was the only one who had a good outing for Sri Lanka in the first Test as he took 3 back-to-back wickets to put England on the back foot at a stage. 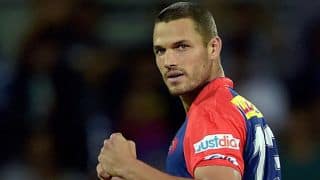 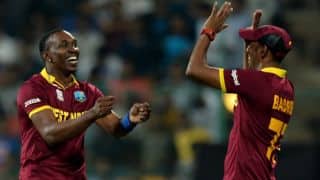