England vs Sri Lanka 2016: SL protest after umpiring howler denies them wicket on Day 4 of 3rd Test at Lord's

England vs Sri Lanka 2016: SL protest after umpiring howler denies them wicket on Day 4 of 3rd Test at Lor

Sri Lanka flag was draped over the tourists' dressing-room balcony for some 45 minutes in protest at the decision which denied them picking up the key wicket of England's Alex Hales on Day 4 of 3rd Test at Lord's.

London: Sri Lanka complained to the match referee after an incorrect no-ball call denied them a wicket against England at Lord’s on Sunday with the tourists even using their national flag as a means of protest. England opener Alex Hales had made 58 when he was bowled by a Nuwan Pradeep delivery that kept low during play on the fourth day of the third Test. But Australian umpire Rod Tucker had already called a no-ball. Replays suggested paceman Pradeep’s front foot may have been behind the crease but fielding teams are unable to challenge a no-ball call by an umpire and Hales survived. LIVE CRICKET SCORECARD  England vs Sri Lanka 2016, 3rd Test at Lord’s

When batsmen are dismissed, umpires in the middle can and do sometimes ask the TV official to check to see they haven’t missed a no-ball. But under current International Cricket Council regulations, the third umpire is powerless to intervene in the type of situation that Sri Lanka and Tucker found themselves in on Sunday. Live Cricket Score, 3rd Test, Day 4 at Lord’s

Sri Lanka team manager Charith Senanayake, a former Test opener, and coach Graham Ford approached match referee Andy Pycroft to register their unhappiness at Tucker’s decision. Meanwhile, the Sri Lanka flag was draped over the tourists’ dressing-room balcony for some 45 minutes in protest at the decision. Flags traditionally fly above both dressing rooms at Lord’s and the flag on the balcony was eventually removed at the request of Marylebone Cricket Club, the owners of Lord’s.

Hales went on to make 94, with England, 2-0 up in the three-match series, 206 for six at tea — a lead of 334 runs. In February, a similar incident saw Australia’s Adam Voges make 239 in a Test against New Zealand in Wellington after being reprieved on seven foll owing an incorrectly called no-ball by English umpire Richard Illingworth.

The ICC’s cricket committee has called for a change in the regulations regarding the use of the Decision Review System to prevent such incidents occurring in future, but any alterations will need the approval of the global governing body’s full board. 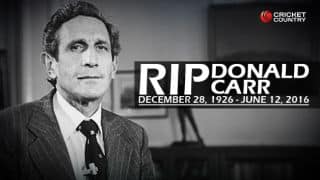 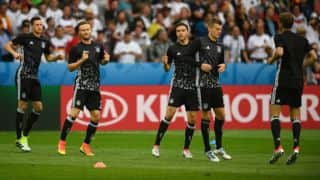