England come into the second Test against Sri Lanka as favourites by fast bowler Stuart Broad still thinks that the hosts are yet to peak and achieve their top form in the series.

Chester-le-Street: England may come into the second Test against Sri Lanka in Durham on the back of a crushing win in the series opener, but according to Stuart Broad the hosts have still to hit top form. Propelled by a hundred from Jonny Bairstow and match figures of 10 for 45 from James Anderson, England thrashed Sri Lanka by an innings and 88 runs in the first Test at Headingley last week to go 1-0 up in the three-match series. But Broad, still the world’s number one ranked Test bowler, said there was no danger of England letting up when the second Test starts at north-east county Durham’s Riverside headquarters on Friday. ALSO READ: Compton: Even ENG batsmen will struggle vs Anderson, Broad

“Obviously the series is still up for grabs and I think one thing we’ve probably been average at is in the last Test of the series when we’ve won, I’m thinking Centurion and the Oval,” he added of a defeat by South Africa earlier this year and last year’s Ashes-ending reverse against Australia. “With a Test series up for grabs we’re on it and our aim is to have all nine Test trophies and we can make it eight this week,” he added Wednesday.

“I think Australia and South Africa have done it before. It is not something that has been done a huge amount, so it would be a huge achievement and we’re desperate to do that. It wasn’t the perfect performance at Headingley — we dropped catches and we didn’t bat as well as we’d want to (England were 83 for five before Bairstow’s rescue mission) so there are improvements we can make this week.”

England will have to make at least one change after Durham all-rounder Ben Stokes was ruled out of playing on his home ground with a knee injury suffered at Headingley. Warwickshire’s Chris Woakes, a like for like replacement, was called into the England squad on Monday and promptly took a career-best nine for 36 against Durham at Edgbaston. ALSO READ: Stokes devastated to miss SL series following knee surgery

England also have the option of giving a debut to Broad’s uncapped Nottinghamshire team-mate Jake Ball, with the paceman having also been in the squad at Headingley. “The great thing is that both guys are coming in in good form,” said Broad, whose combined tally of 781 Test wickets with Anderson makes them one of England’s greatest new-ball pairings.

“Chris Woakes is coming off a nine-for on the day he was told he was called up for the Test squad –- that’s a pretty good day –- and Jake Ball has been bowling beautifully all year.”

Sri Lanka are badly in need of runs from their top order after being skittled out twice in Leeds. Kusal Mendis’s second-innings fifty was a rare highlight but with more grey skies promising to aid the quicks, the tourists are set for another difficult match. “I think we’re getting used to these conditions. We just have to cope with them,” said wicketkeeper-batsman Niroshan Dickwella, hoping to force his way into the side.

“Headingley was a bad Test for us, and we’re hoping to come back here.” Sri Lanka too will have to make an enforced change, with Suranga Lakmal set to replace injured fast bowler Dushmantha Chameera. It was at the Riverside where Broad produced an Ashes-clinching return of six for 50 in 2013.

But with Durham a reported £5 million ($7 million) in debt and struggling to sell tickets for the Sri Lanka match, Friday’s fixture could be the last Test staged at the ground. “I think it would be a big shame if we didn’t come back here,” said Broad. From a purely selfish point of view of playing within the team, you want to play at grounds you win at. Durham have been a brilliant County Championship side for a number of years, winning it a few times, and they’ve produced quite a few England players who have changed the result for the England team.” 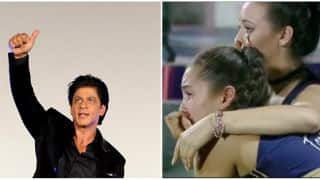 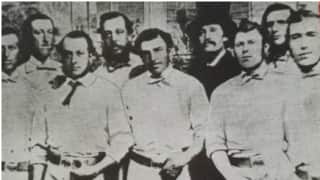