Catch the Live Cricket Score Updates & Ball by Ball commentary from Lord's as England play host to Sri Lanka in the 3rd and final Test.

England will face Sri Lanka in the 3rd and final Test at Lord’s. The 3-match Test series has already been decided 2-0 in favor of England but still the match holds its own importance in relation to what is to come. England will be eyeing further revenge in the form of a whitewash of the visitors. Sri Lanka on the other hand, have a lot at stake. They not only play for pride in the final Test, but also look to end the Test series on a positive note and head to the ODIs with confidence. In simple words, the match is much more than a dead rubber, more so because it is being at the home of cricket -Lord’s. LIVE CRICKET SCORECARD: England  vs  Sri Lanka , 3rd Test match at Lord’s

England have performed exceedingly well so far in the two matches. They simply outclassed Sri Lanka in the first Test at Headingley. They won by an innings and 88 runs there. Players like Jonny Bairstow, Moeen Ali, james Anderson, Stuart Broad and Joe Root have done quite well for them. And even captain Alastair Cook has been among the records. All in all they will be out there to make it a resounding 3-0.

Sri Lanka were beaten comprehensively in the first Test but fought-back well at Chester-le-Street in the second Test. Dinesh Chandimal and Angelo Mathews along with the lower-order hung on to irritate the English bowlers but at the end, they were left with a lot to do. They will have to show the same attitude and resistance in the final Test and try and get at least one win. 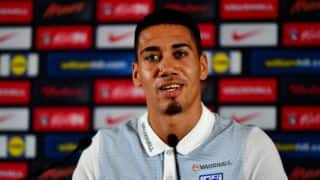