Weather: Partly cloudy skies, but only 10 per cent chance of rain

Eoin Morgan and his men have emerged as the best batting side this World Cup as they have blown away their opponents, amassing 300 plus scores in four of the five games two of them being 386/6 against Bangladesh and 397/6 against Afghanistan.

Though England missed the services of opener Jason Roy due to an injury, Morgan s brutal 148 which was studded with a record 17 sixes helped them put 397-6 against Afghanistan, with Joe Root playing the second fiddle. 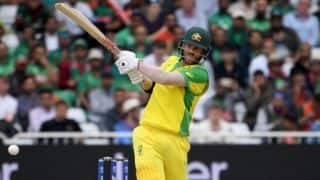