England will look to get some practice ahead of the first Test against West Indies.

England take on St Kitts and Nevis XI in a two-day practice match at St Kitts. This match is played ahead of England’s three-match Test series against West Indies, which begins from April 17 at Antigua. The other two matches will be played on April 25 and May 5 at Grenada and Barbados respectively. READ: Jonathan Trott could open for England against West Indies in Tests

England are lead by Alastair Cook, who was booted out of the England team following his poor run of form in the shorter format of the game. Eoin Morgan was made captain and he lead England in the ICC Cricket World Cup 2015, where they exited in the group stages. England will look for some redemption after a turbulent period. READ: Liam Plunkett vows to make batting difficult for Carribean batsmen

Cook will hope to get as much practice as possible to himself as they look to flex their muscles ahead of the Tests. It will be test of Cook and his team’s character as they look beat West Indies in a convincing fashion. READ: Kevin Pietersen lashes out at Graham Gooch

Catch the Live Cricket Streaming of the England vs St Kitts and Nevis XI www.windiescricket.com.

Many websites and portals show Live Streaming on their websites, but these are usually not entirely reliable. Some such pages may take the users to some nefarious pages and frustrate the user. Live Streaming can be accessed even on hand-held devices where one can follow live updates, and even ball-by-ball commentary of the latest score from any part of the world via live streaming. READ: Jonathan Trott needs to earn his place back in England squad, says Peter Moores 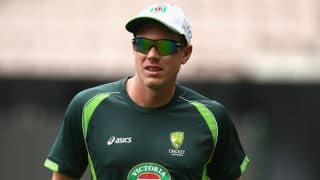 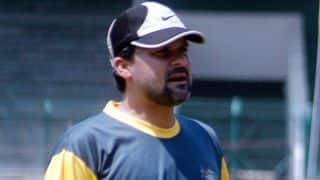