Stuart Broad became only the second Englishman after James Anderson and the seventh bowler - all-time - to complete 500 Test wickets.

Stuart Broad entered the club of greats with his 500th wicket as England moved a step closer to a series win against West Indies, on Day 5 of the third and final Test at Old Trafford, Manchester.

Broad, who dismissed Kraigg Brathwaite (19), became only the second Englishman after James Anderson and the seventh bowler – all-time – to reach the milestone.

However, the morning session, ended prematurely after rain once again interrupted play, as lunch was called on early to avoid loss of overs. England still need five scalps to seal a victory with the Windies 84/5.

After Brathwaite got out, Shai Hope (31) held one end – hitting six boundaries. However, the Windies No. 4 miscued a pull off a Chris Woakes short delivery that caught the toe-end of the bat by Broad.

Woakes continued to hit the good length area and was rewarded with his second wicket as Shamarh Brooks, who scored 22, inside-edged one to Jos Buttler behind the stumps.

Roston Chase (5) and Jermaine Blackwood (5) were at the crease when rain stopped proceedings.

The Windies had won the Southampton Test the opening game of the series by four wickets. Hosts England bounced back in the second Test in Manchester with a comfortable 113-run win. 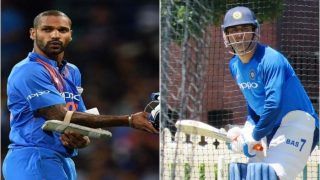 MS Dhoni Backed me a Lot During my 2013 Champions Trophy Comeback: Shikhar Dhawan 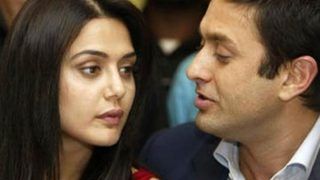