After England’s 156-run stand for the opening wicket, the writing was on the wall for West Indies. Jonny Bairstow‘s second hundred, Jason Roy’s 96 and Joe Root’s consistent contribution assisted England in a 9-wicket victory versus West Indies in the fifth ODI. As a result, hosts sealed the five ODIs 4-0. In pursuit of 289, English batsmen never looked in any sort of trouble, and finished the match with 12 overs to spare.

Bairstow and Roy looked in complete control from ball one. The pitch was conducive for batting and West Indies bowlers sparked the ball in all corners. Alzarri Joseph and Jerome Taylor started the proceedings, but the former lacked consistency. He either bowled kept it full or bowled short of length. Miguel Cummins also offered width, and Roy-Bairstow added runs at will.

There were as many as 10 boundaries in the first ten overs. Ashley Nurse kept it tight, but conceded the occasional freebies too. Roy continued from where he left in the previous ODI, while Bairstow capitalised on another chance at the top.

With 11 fours and a six, Roy finally fell to Cummins in the 21st over. He played down the wrong line to a ball angling inside, missed the edge and was trapped leg before for 96. However, there was no blip after that. Root contributed as he always does. Bairstow milked runs and raced towards his second hundred. He also registered the highest individual score by an Englishmen versus West Indies, surpassing Marcus Trescothik.

Bairstow was adjudged Man of the Match. He pushed Roy for quick singles, held his end, kept the scoreboard ticking to end with 17 fours. In addition, Root became the tenth Englishman to amass 4,000 ODI runs.

Overall, England ended their long home season on a high. Their next series is the much-anticipated The Ashes 2017-18 Down Under. 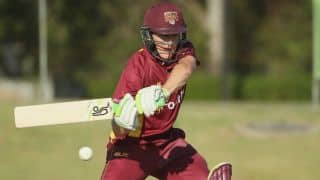 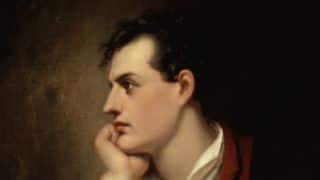