England lost the only T20I versus West Indies by 21 runs on Saturday.

In pursuit of 177, England‘s top order crumbled to 68 for 4. Jonny Bairstow and Jos Buttler got going, but departed in a bid to accelerate. England kept on losing wickets to lose the solitary T20I against West Indies on Saturday. After the match, Eoin Morgan reckoned that his bowlers didn’t bowl upto the mark, but lost the game with the bat. Losing wickets at regular intervals meant that hosts were always catching up, and never dominated proceedings. On the other hand, Carlos Brathwaite, West Indies skipper, praised his opening pair, Evin Lewis and Chris Gayle, for the kind of start they provided.

Morgan, at the post-match conference, told Sky Sports, “Bowling at a pair like [Evin] Lewis and [Chris] Gayle is obviously going to be a huge opportunity for us to test ourselves against probably one of the stronger T20 opening partnerships around the world. We didn’t bowl that well but certainly didn’t lose the game because of that. We were very happy chasing what we did. We thought it was a really good wicket. Losing the game was when we lost three wickets in that [early] period and then when Jonny (Bairstow) and Jos (Buttler) rebuilt really well, put us in to a position where we potentially could have kicked on, we continued to lose wickets. That’s the area of the game we need to look at.”

On being asked whether what is the appropriate time for his batters to accelerate in such a chase, Morgan quipped, “Whenever they feel is right… they have the responsibility to take it on. We didn’t execute as well as we’d have liked. Guys haven’t played T20 cricket in quite a while and have just come out of playing Championship cricket so that potentially is a challenge. But if we look back at it, we probably didn’t execute as well as we could have.”

Brathwaite stated, “Fortunately I was on the same CPL side as those two so there was a few innings to look on from the outside and enjoy”, on Lewis and Gayle who added 77 in 6.2 overs. “Evin has been striking it cleanly. He even had times where Chris has to play second fiddle so you can tell the power of the young lad. What was good was that they held their nerve. Evin didn’t get off to the start that he wanted – Chris got the better start – but Evin stuck in and when Chris left, he took over. Anytime we get 77 off the first six, you’re ahead of the game.”

“Conditions were very challenging under foot, very soft and slippery to begin with. The umpires were very close to calling it off actually. But we stuck in there and it was a good performance from the boys”, Brathwaite concluded.

The five-match ODI series between both sides will commence from September 19. 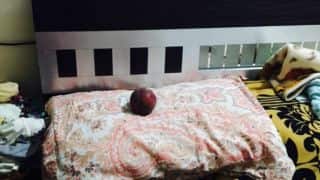 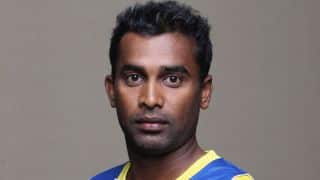