Stuart Broad, who took his 500th Test wicket on Tuesday (July 28), was one of the stars of England's come-from-behind 2-1 series win against West Indies.

The latest to join the 500 Test wicket club, England’s Stuart Broad finds hard work “addictive” and says there are “a few overs left” in him and his long-time pace colleague, James Anderson.

The 34-year-old Broad, who was dropped from the opening Test in Southampton, reached the milestone when he dismissed Kraigg Brathwaite on the fifth day of the deciding third Test against the West Indies at Old Trafford, Manchester on Tuesday (July 28).

Broad was one of the stars of England’s come-from-behind 2-1 series win.

“There’s something addictive to that hard work you put in away from the game and on match days that lead to Test match wins,” Broad said after the match, according to Sky Sports.

“That’s why it’s so massively satisfying when you win. It’s always a special achievement because you go through massive highs and huge lows.”

Broad is only the seventh cricketer to take 500 Test wickets after Anderson, Muttiah Muralitharan, Shane Warne, Anil Kumble, Glenn McGrath and Courtney Walsh and the fourth fastest bowler to do so.

Anderson had earlier said Broad has been “phenomenal” in the last two matches against the West Indies and has “a very good chance” of surpassing him as England’s highest wicket-taker in Tests.

“That seems a long way away,” said Broad when asked about bettering Anderson, who has 589 wickets compared to his own tally of 501.

“Jimmy is still at the peak his powers – he turns 38 soon but is still fit and bowling beautifully with so much control and it is pleasure to be on the field with him.

“We have enjoyed being back together and it’s great it’s turned into a Test match win. I think we have a few overs left it in us,” he said.

The premier pacer has now set his sights on the upcoming series against Pakistan. 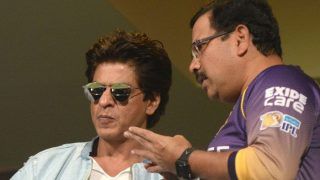 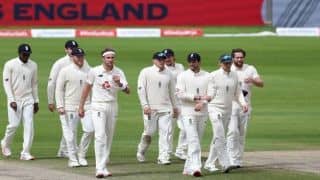