Morgan, however, said that the experience of facing a huge defeat will be beneficial for England as far as preparations are concerned ahead of the 2019 World Cup.

England captain Eoin Morgan, who left himself out for the inconsequential fifth ODI against Sri Lanka on Tuesday in Colombo, rated his side’s performance “extremely poor” after the visitors were handed a humiliating 219-run defeat England had sealed the series 3-0, with one no result, before heading into the final ODI.

Morgan, however, said that the experience will be beneficial for preparations leading up to the 2019 World Cup. England have two more ODI series left – against West Indies in the Caribbean and at home to Pakistan in May – before they announce their squad for the 50-over showpiece.

“It can be extremely helpful,” Morgan said on Tuesday.

“For 50 overs today, we were under serious pressure and we didn’t have a lot of answers. That gives us a good opportunity to go back and look at everything from preparation right down to the end result. That’s always better when you’ve been put under a lot of pressure.

“We didn’t take our game forward today. There were areas it went backwards. Our fielding was extremely poor, our attitude was very poor and that has to be addressed. We’ll have to break down everything from yesterday’s practice. Did we do too much the day before the game? Did we overcook ourselves? We might have been a little bit fatigued. I don’t know.

“We will break it down and find an answer because otherwise we’re just papering over the cracks which is not what we want to do.”

An inexperienced England pace attack consisting Sam and Tom Curran were taken to the cleaners with the duo giving 117 runs in 14 overs. Morgan defended their performance and dropped a hint that Sam could be included in the World Cup squad as injury cover.

“Sam has only played his second ODI today,” Morgan said.

“If we’re going to be serious about considering him as a potential replacement if David Willey is injured for the World Cup squad, we need to know more about him.

“Today, we learned more about him. If Sam Curran’s name goes down on that paper we know what his strengths and weaknesses are now, and we try to improve them as we go along. He needs games under his belt.

“When you leave yourself out the one thing you don’t want to compromise is winning the game. That’s the best environment to learn from. But on the other hand, you want to see the players who come in be challenged and put under pressure. That’s one thing we definitely saw today.

“People will say you don’t want to see your bowlers hit all over the place, hit back over their head, but I think it’s necessary to learn. When we go into the World Cup and play against the better teams they perform like that on a regular basis. 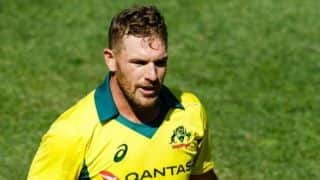 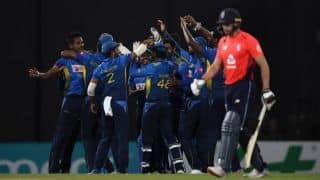 England were awful but defeat won’t have any bearing on World Cup: Nasser Hussain