Eoin Morgan accepted his side still had a lot to learn in 50-over cricket after a 59-run defeat by world champions Australia.

England one-day captain Eoin Morgan accepted his side still had a lot to learn in 50-over cricket after a 59-run defeat by world champions Australia at the Ageas Bowl. The frustration for England, following their tenth defeat in 11 one-day internationals by Australia, was that they were in the contest for much of Thursday’s match in Southampton. They reduced Australia to 193 for six, with leg-spinner Adil Rashid taking four for 59, only for an unbroken century stand between Matthew Wade (71 not out) and Mitchell Marsh (40 not out) to see Australia to a total of 305 for six. England then made an enterprising start, with opener Jason Roy scoring a maiden international fifty, only to lose three wickets in four balls on 194.SCORECARD: Australia vs England, 1st ODI at Cardiff, Australia won by 59 runs

England were eventually bowled out for 246, with nearly five overs of their innings left. England will now head to Lord’s on Saturday 1-0 down in the five-match series. “We can certainly improve. We are a long way off the world’s best at the moment,” said Morgan. “We can learn a hell of a lot, and ultimately it comes down to individual skill.” Nevertheless it has been possible to detect a recovery in England’s one-day form following their woeful first-round exit at this year’s ICC Cricket World Cup 2015 in Australia and New Zealand.Read: England vs Australia 2015, 2nd ODI at Lord’s Preview

Indeed, early season tourists New Zealand, the side defeated by Australia in the World Cup final, were beaten 3-2 by England in their first home 50-over series this season.Morgan was in no doubt about the scale of the task confronting England against Australia and was well aware that patience with an emerging side would only last so long. “We’ll have to play really well to beat them, and we didn’t do enough here today,” the former Ireland international explained. “I think down the line this is going to be a big part of our learning curve. “Probably in a year’s time, we’ll be expected to chase that down more often than not — especially with that sort of a start.”

Roy (67) and fellow-opener Alex Hales launched England’s chase with a stand of 70 inside 12 overs.”Certainly 305, given the start we had as well, was within our grasp,” said Morgan. “I thought Adil Rashid bowled really well … a lot earlier than he has been used to and with a newer ball, which was another big test for him. “For him to come out and hold his nerve against a good batting line-up, I was very impressed. In the chase, there was probably about 15 overs (in the middle) where Australia bowled really well. (But) I felt that if we came out of the back-end of that, maybe them only earning one wicket, we would have been in a commanding position.” Eoin Morgan feels England should have succeeded in their run-chase against Australia 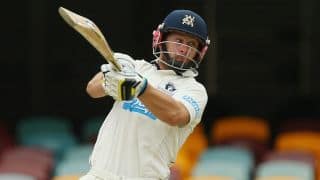 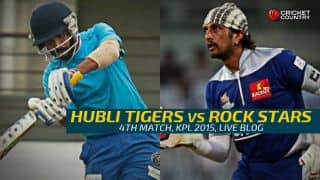