Eoin Morgan will be expected to fire for England.

England have won the toss and have elected to bowl first against Sri Lanka in the fourth ODI at Lord’s, London. They will be looking to seal the series with a win today and after their winning the last game convincingly, England will be hoping they can carry the same momentum forward.

England have skipper Alastair Cook, after he missed the second ODI due to injury. His return has proved vital for England as they have won both their matches under him. Chris Jordan has been the star player for them. He has delivered with the ball and has played crucial innings at the end.

Sri Lanka will be looking to level the series. Skipper Angelo Mathews will be hoping he can lead the side to victory. They posses a strong batting and bowling line-up but they have failed to deliver. Lasith Malinga will be key for Sri Lanka. 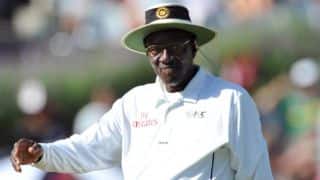