London: Sussex all-rounder Michael Yardy — a member of the England side that won the 2010 World Twenty20 in the Caribbean — is to retire at the end of the season, it was announced Tuesday. The 34-year-old won 42 caps across both limited overs formats and in featuring in the side that beat Australia by seven wickets in a Barbados final five years to win the World Twenty20 became a member of the only England team to have yet won a major International Cricket Council event. But he did not play for England again after having to cut short his time with the squad at the 2011 World Cup in the Indian sub-continent because of depression.

Yardy, mainly a frontline batsmen at county level but deployed as a spinning all-rounder by England, enjoyed domestic success with Sussex including three County Championship titles. “After lots of conversations with my wife, now is the time to start a new journey away from playing cricket,” the former Sussex captain said Tuesday. “I have found the last few years increasingly more difficult and frustrating, and want to look back on my career with pride and fondness.

“I would like to thank so many people — including all the great team-mates over my career who have helped me be part of some very special things with Sussex, and realise a dream of playing for England.” Yardy, who has scored more than 10,000 first-class runs, said he was determined to finish a 16-year professional career with a flourish. “I’m excited for the next couple of months and doing anything that is possible for us to have successful season,” said the Sussex native

Sussex’s professional cricket manager Mark Robinson added: “Yards is a home-grown player who has progressed through our youth system, and caught the train as a 16 year-old from Hastings all the way to Arundel in the winter months in order to fight his way to become one of the leading domestic players, and an international one-day player.

“His overall contribution to Sussex cricket has been immense, and the support he has given me and all the players in the dressing room will be sadly missed.” 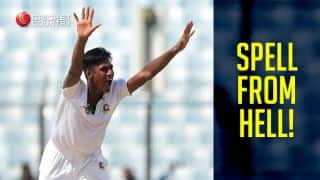 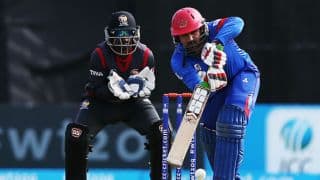