Paul Farbrace is now the assistant coach of England and is the former head coach of Sri Lanka.

Global anti-corruption watchdog Transparency International has revealed that England‘s decision to hunt Sri Lanka‘s head coach Paul Farbrace and then use him immediately in a series against his former side is a sign of ‘out-dated’ sports governance.

Questions have reportedly been raised on whether England’s decision to hunt Sri Lanka’s head coach Paul Farbrace and then immediately use him in a series against his former side was ethical and in line with the spirit of cricket.

According to the Island Cricket, Transparency International, the global anti-corruption watchdog, weighed in on the matter with the agency’s executive director Dr Robert Barrington saying that in the business world this would be considered a clear conflict of interest.

Barrington added that it would be unusual for a senior employee to move to a competitor and work for them immediately in competition with their previous employer.

Barrington said that it is more common in sports as when football club managers switch teams, adding that sports governance unfortunately often reflects the charming but out-dated approach of the amateur age, when informal structures were bolstered by personal integrity.

Barrington said that cricket’s recent problems with match-fixing demonstrate that the game’s governance needs to be updated, and the rejection by the Internation Cricket Council (ICC) of the Woolf report proposing such reforms means that cricket’s global leadership is not setting a good example. 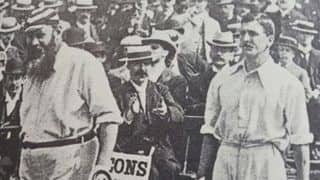