Virat Kohli will also be completing this milestone in the second Test of the ongoing five-Test series between India and England taking place at Visakhapatnam.

Very rarely one witnesses geniuses reaching a milestone and similar is the story for Indian captain Virat Kohli as well as England s run-machine Joe Root. Both the players will be completing this milestone in the second Test of the ongoing five-Test series between India and England taking place at Visakhapatnam, which will also be one of a kind in this venue. England have produced greats in this gentleman game be it Kevin Pietersen, Ian Botham, Graham Gooch or England s present skipper Alastair Cook. Root lies at the top of this list and can be termed as the Fab 4 for England. Interestingly it is in India where he made his debut in 2012 and will also be achieving this milestone here. FULL CRICKET SCORECARD: India vs England 2nd Test at Visakhapatnam

Root is a player who can tackle spin and pace regardless of the conditions he plays in. Root makes batting look easy and he does not have a short ball problem, which many in the lot do. He is crafty, possesses a rare ability to in piercing gaps when needed. Root made his presence felt on his debut with an emphatic score of 70 and with a 20 in the second innings against hosts India. He continued his dream-run and is the No. 2 batsman in the ICC Test rankings.

Root is also ranked seventh in the One-Day Internationals (ODIs) and fourth in Twenty20 Internationals (T20Is). Being in top 10 across formats is not everyone s cup of tea; this speaks much about his versatility and impact in different situations. Root has an outstanding average of just over 53 in whites along with 11 tons and 23 half-centuries. ALSO READ: Joe Root s alluring journey to 50 Tests

He averages just over 46 in 21 Tests played away from home, which is a demonstration to his ability to succeed in away games. While some might find it difficult to get the runs instantly in subcontinent conditions, Root has washed them away with class and proving why he proves to be a prominent player for England. Root has been a force to reckon with in all other formats as well and his average of 45.71 and 37.50 in ODIs and T20Is respectively is a proof to it.

Root s only tough time came during the Ashes in 2013 with the only knock of 180 runs at Lord s. Rest of the time, he struggled to prove his stance ending with average of 36.77, thanks to the ton at Mecca of Cricket. Being his 50th Test in India and considering his debut was here, Root will leave no stone unturned to make it a memorable one. 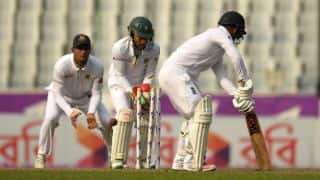 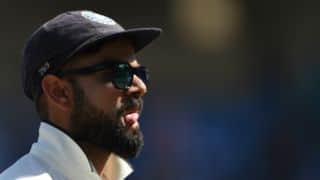