Sarah has joined the England nation side in UAE, who are having their training camp ahead of ICC Women s World Cup in June-July.

England Women wicketkeeper Sarah Taylor, who had taken an indefinite break from cricket from May 2016, has now made a comeback to game. Sarah has joined the England nation side in UAE, who are having their training camp ahead of ICC Women s World Cup in June-July. Sarah had cited personal reasons (anxiety disorder) for her sabbatical, and was not included in the training squad for England Women at time of selection in March 2017. With 5,581 runs from 190 appearances, Sarah is England s second highest run-scorer in ODIs, second to only Charlotte Edwards. She has also claimed 114 catches and 88 stumpings. Sarah was also the first woman to play in Australian first-grade cricket. Sarah has also been retained by Lancashire Thunder for the second edition of Women s Super League. Australia Women’s team extend contract with coach Matthew Mott till 2020

Sarah Taylor is going really well at the moment and is back in training, said coach Mark Robinson. Robinson further added, Her return is a graduated one which is being regularly reviewed as she hopefully works herself back to full fitness. Her goal is still to give herself the best chance of being able to play in the World Cup. England Women will play a three-ODI series against Ireland Women after their training camp that features two intra-squad games.

I ve always wanted to push myself and check where I m at in terms of my cricket, said the veteran of eight Tests, and 73 Twenty20s for England. It shows that if you re good enough, doors will open I just want to build that respect that I m not a girl, I m just another player,” she concluded. 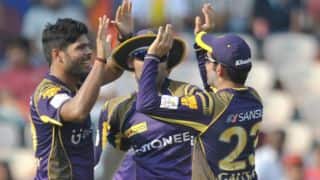 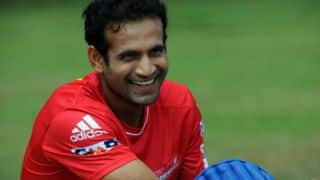