Hampshire made history on his Test debut by becoming the first Englishman to score a century at Lord's in his maiden Test in the series against the West Indies in 1969.

Former England batsman and Test umpire John Hampshire has died aged 76 after a long illness Yorkshire County Cricket club announced on Wednesday. Hampshire made history on his Test debut by becoming the first Englishman to score a century at Lord’s in his maiden Test in the series against the West Indies in 1969. However, he was dropped after the following Test and made just six more appearances in the five-day format for England and played three One Day Internationals. He enjoyed great success with Yorkshire in almost 20 years there winning five championship crowns, also captaining the county in 1979 and 1980, before decamping to Derbyshire and Tasmania, whom he captained prior to their acceptance into the Sheffield Shield.

On retirement as a player — having accrued over 28,000 runs — he moved into umpiring in 1985 moving up to Tests in 1989 and was selected for the International Cricket Council (ICC) panel of umpires in 1999. A statement from Yorkshire — where he was president — on Wednesday announced Hampshire “passed away peacefully at home and surrounded by his family after a long illness”.

“John epitomised everything that’s good about Yorkshire County Cricket Club,” said chairman Steve Denison. “Brave, talented and with a heart of gold he captained Yorkshire, scored a century at Lord’s on his Test debut and became a highly respected umpire after hanging up his playing whites.

“Loved by players and members alike, John capped his wonderful life in Yorkshire cricket as our club president last year.

“On behalf of everyone involved with and connected to the club, I would like to extend our most sincere condolences to John’s wife Alison and two sons Ian and Paul. He will be sorely missed by all at Headingley.” 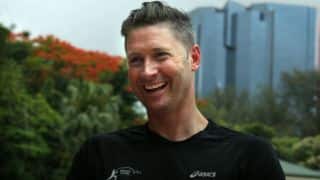 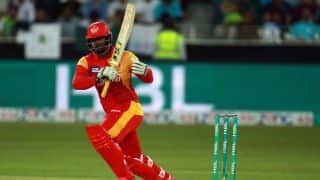