London: Afghanistan teenage leg spin ace Rashid Khan is being courted by two English counties according to Wednesday’s Daily Mail. The 18-year-old who earlier this month produced the fourth best bowling figures ever in ODI cricket, taking seven for 18 to destroy the West Indies batting line-up in Saint Lucia has taken 63 wickets in 29 ODI’s and 42 in 27 Twenty20 appearances for his country. However, according to the newspaper the problem regarding Khan who is higher than any of the English bowlers in both the International Cricket Council (ICC) ODI and T20 rankings is whether he passes strict work visa regulations. Test status a massive boost to country, say Afghanistan colts

To this end the domestic sport’s governing body the England and Wales Cricket Board (ECB) have enquired of the British Home office whether the term ‘elite level’ which usually covers those foreign players from Test playing countries. Afghanistan now having been welcomed into that group along with Ireland they were voted in by the ICC last Thursday — the ECB wishes to know whether he is now eligible or whether Afghanistan must play a Test match before he is deemed to be. Meanwhile, Everything about Afghanistan is fascinating. It seems every aspect associated with their lives have a story attached to it and sports is no exception. Lalchand Rajput compares Rashid Khan with Sachin Tendulkar in raw talent

The story of a country ravaged by war getting Test status has sent cricket fans across the globe into raptures. It is a matter of time when Rashid Khan will be seen in white flannels bamboozling in the batsmen with his sharp googlies. The Test status is also an assurance for the Gen-Next of Afghan cricket that they have a future if they can do well. 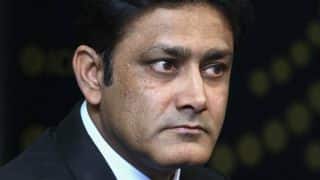